• What Kimani Mbugua describes as "the most traumatic event of his entire life" started after he smoked weed. 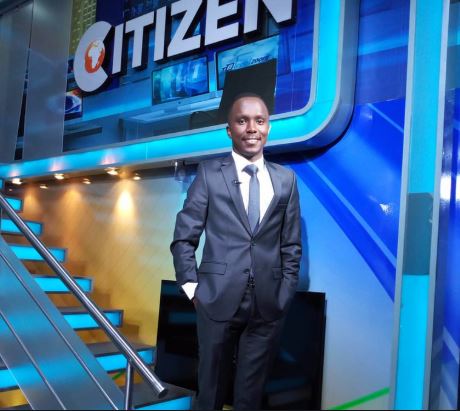 In the middle of his undergraduate studies at Moi University, Kimani Mbugua landed a gig at Nation FM.

This would then transform to an opportunity Entertainment Reporter and Producer at Nation Media Group in 2016.

As the entertainment reporter, Kimani would co-host the Trend Show alongside Larry Madowo before joining Royal Media services as a reporter on Citizen TV.

Two years ago, Kimani Mbugua's life took a turn after he started struggling with mental illness.

He narrates how one of his relationships broke, being the worst break-up ever.

“ It was a tough relationship, we were both at different spaces in our lives. I think we were at a point where we couldn't be able to fulfil each other's needs in the way that we wanted.

I felt unfulfilled. I wasn’t getting the satisfaction I wanted from the relationship and therefore started cheating. My then-girlfriend found out, it was explosive. I ended up in a situation when I was trying to mend relationships with two people. This led me to the worst break-up ever,” he said in the Kimani Mbugua podcast.

The break-up left him agnostic, hence his online attack against the SDA church and decision to become an atheist.

In December 2019, Kimani met another girl, whom he proposed to in February 2020.

"It was a hurried decision. She had a medical condition. I talked to her dad and planned to have her on my insurance officially. On one fine day in February, I drove home and I decided to smoke Marijuana...I do not know where the idea came from."

What Kimani Mbugua describes as "the most traumatic event of his entire life" started after he smoked weed.

Through the Kimani Mbugua podcast, the journalist narrates how drug addiction began.

"I saw a woman who was like a goddess who came to have sex with me. She started calling my name.”

With the continued drug addiction, Kimani became psychotic and was admitted to Mathare hospital.

He was admitted to the Mathare Mental Hospital twice since 2020.

8 months ago, Kimani Mbugua quit his job at Kenyans and that was the end of his stunt on mainstream media.

Lulu Hassan's mum wanted her to be on TV

She was nominated under the best actress kids category.
Entertainment
3 months ago
WATCH: For the latest videos on entertainment stories