Tell-tale signs that a lady is dating a 'Mubaba'

Some ladies have normalized getting themselves a 'Mubaba'

• Ladies have normalized getting themselves a Mubaba since all they do is pamper them with expensive gifts and money in exchange for a good time. 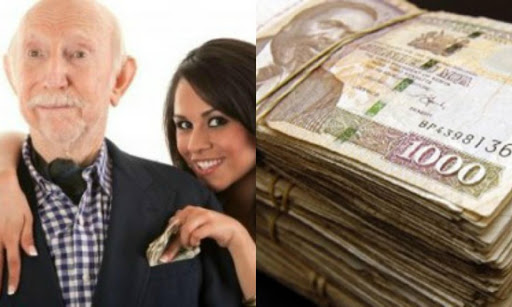 We all have heard of the phrase Mubaba which is an upgraded version of a sponsor or as the American people call it, Sugar daddy.

Ladies have normalized getting themselves a 'Mubaba' since all they do is pamper them with expensive gifts and money in exchange for a good time.

With the lack of jobs and the high cost of living, Wababa have become the most sort after commodity.

Here is a list of the signs that men should watch for in such a lady.

There is obviously some guilt that comes with dating a Sponsor especially if they are married .

A girl new to this kind of lifestyle will always second guess herself. You often find them posting inspirational quotes and emphasising a lot on not judging others.

But there is always one thing that makes them feel less guilty, Mpesa message from their Mubaba receiving a good amount of money as their treat.

When you observe keenly, these type of ladies are always posting videos and pictures of themselves in the 4 by 4 cars, singing along music and taking Snap-chat videos but they never flip the phone to show who is driving.

You'll find these ladies bad-mouthing young men who do not spoil their ladies with money or receive the treatment they get from their sponsors.

They often look down on young men who are trying to build a career and can never dream of dating them.They are so obsessed with old men,taking them as father figures and think that its a woman's  right to be pampered.

In most instances broke ladies with sugar daddies are the ones who post every vacation photos of themselves at expensive hotels and beautiful sites across the world.

They also post videos of themselves half-naked in expensive yachts and shopping in the most expensive shops but never reveal the person behind the camera.

Whenever they take flights to any destination,they always post plane tickets all over their social media handles.

Its funny how these ladies who date a Mubaba will spend their time cramming lyrics to Rhumba songs all in the name of making him happy.

For a young lady to be interested in this type of music genre can be quite interesting as the music is often listened by old men.

The language itself is Congolese and most songs are from the 19th century.

'My husband left me for a sponsor,' - Listener tells Maina Kageni

"Maina, mine left me for a 6o-year-old barmaid.'' - listener cries.
Lifestyle
10 months ago