•  A fan defending Ruger, "I hope you guys walked out the female fan who committed this offense. If not you need to come out publicly and apologize." 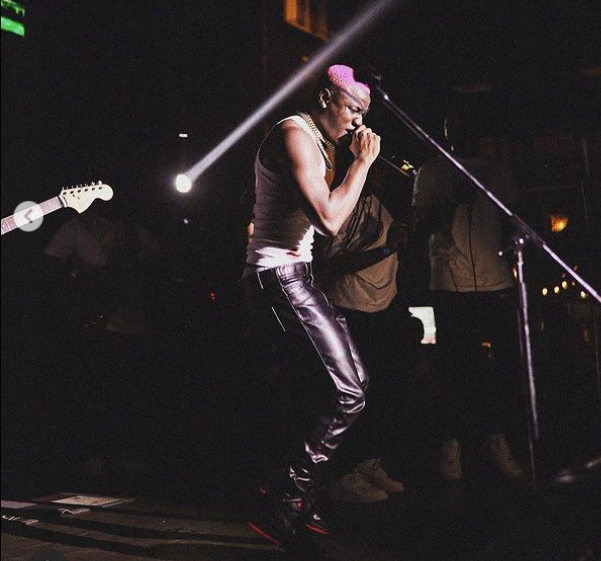 Over the weekend Nigerian artiste Ruger was gripped by a female fan and the video of that went viral.

Ruger who is famed for the Tiktok hit Dior, was dumbfounded and shocked at the sexual assault that happened to him while he was performing on stage at the Industry Night event in Nigeria.

Now, fans are asking that the fan who assaulted the star be punished to deter others from repeating the disgusting act.

One concerned fan going by the name, ladygwenmedia advised the organisers of the event to send an apology to Ruger for being assaulted at their event.

She wrote on social media, "@industrynitenigeria I think you guys need to send out an apology on behalf of that female fan that grabbed this artist's joystick unauthorized. Such unwanted advances and violation is crude and should not be accepted."

Adding, "Yes I know this is not new in the entertainment industry especially when. Some musicians have commercialised seduction on stage as part of their act. However, in such a scenario where such wasn't called for.

Also, I hope you guys walked out the female fan who committed this offense. If not you need to come out publicly and apologize."

She noted, "I don't know the musician personally but we need to do better especially where boundaries need to be made.

I know our present realities won't make people to agree with me. The way men violate women, a few women also does. Either way it shouldn't be tolerated."