• Mzee Kibor succumbed to a long illness on Wednesday night at St. Luke's Hospital in Eldoret. 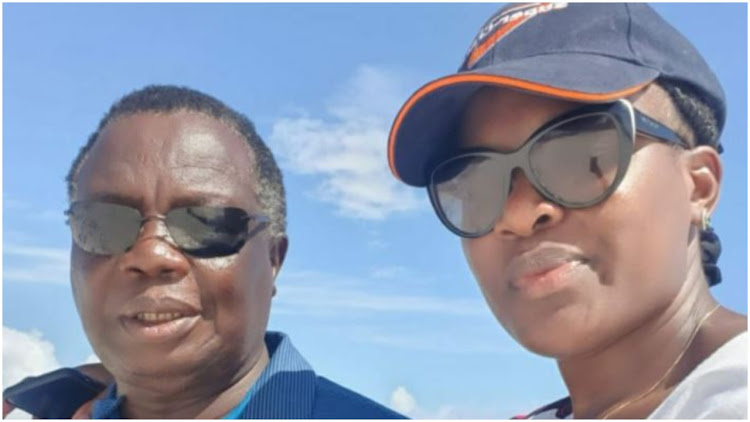 Atwoli and Mary Kilobi at the beach
Image: Courtesy

Kenyans especially men are still coming to terms with the death of businessman and Men's Conference Chairman Jackson Kibor.

Kibor died after weeks of hospitalization leaving his many fans' hearts broken.

He was celebrated for his wisdom especially when it came to dealing with women, he was an open polygamist.

The big question now is who will replace him.

I think COTU boss Francis Atwoli should replace him and here is why.

1. He is aged hence he has the experience

Such a position can only be held by someone with experience, unlike young men who don't know how to tame their sexual appetite.

2. He is openly polygamous

It is not a secret that Atwoli is openly polygamous.

He not only loves fine things in life but fine women as well. He is currently married to a Media personality  Mary Atwoli Kilobi.

Mwanaume ni pesa and Atwoli has that. Who would go listen to a poor man advising him about love and relationships?

This doesn't mean poor men have nothing to offer, it means the more loaded you are the easier it will be for people to listen to you.

One similarity between the late Kibor and Mzee Atwoli is that they never care about what people will think.

They say the truth as it is, no sugar coating. Hence Atwoli would best fill this position.

In the past, we have seen photos of Kibor dancing in clubs despite him being in his 80s at the time.

Although he is never seen in clubs Atwoli hires bands to entertain him and his family at their home.

Who do you think should replace Mzee Kibor as the Men's Conference Chairman?

“I will only give them wealth as I wish," Mzee Kibor said.
Exclusives
4 months ago

News of Mzee Jackson Kibor hooking up with his fourth wife, who was half his age raised eyebrows.
Exclusives
4 months ago

Atwoli and Kibor have a taste for the finer things in life and that include beautiful women.
Entertainment
5 months ago
WATCH: For the latest videos on lifestyle stories