'I will miss part of Uhuru Kenyatta, not all of him,' Caroline Mutoko

• Miss Caroline Mutoko spoke about her huge influence on the media landscape.
• The former radio presenter gave her thoughts on Uhuru's legacy. 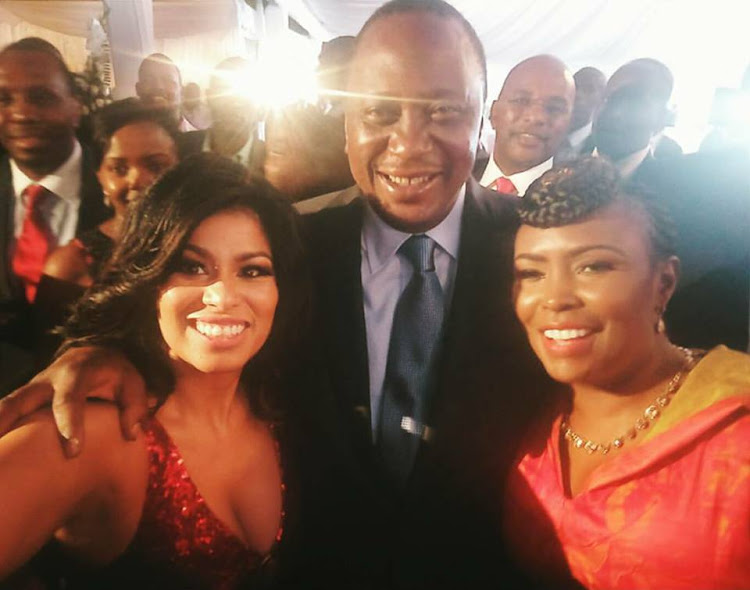 During a recent interview with the YouTube channel, Cleaning The Airwaves (CTA), Caroline Mutoko spoke on a phenomenon called, 'The Caroline Effect'.

In simple terms, it is the huge reverberations that a positive or negative reaction from the former Kiss100 presenter can have online.

To best illustrate this, Miss Mutoko spoke about one such instance when her reaction caused a mindset change within the president himself.

Some backstory-When the Standard Gauge Railway (SGR) was to be launched in Kenya in May 2017, the marketing behind the product wasn't up to scratch for Caroline.

She let President Uhuru Kenyatta know of her frustrations in a viral YouTube video. In the clip, she advised the president to get a better name for the SGR.

Not only that, she felt that the launch needed modern digital influencers that would give it the hype it needed.

During the interview with CTA, she reminisced on this period saying,

"Richie gives me this brochure obviously printed by the government. Font size is off, it is the most horrible thing that I have seen. Don't let them launch this product as SGR. It must have a name, that we will talk about like the way Mobile money in Kenya is called Mpesa."

She was concerned the launch of the railway with such poor marketing would tarnish the president's image and hard work.

"I was like this is how we are launching this. I hope we are launching the expressway better. I just said, 'No!' There has got to be a better way to do this. The trolling and vilifying that Uhuru had gone through...Of course, I vented and I put it out. It was very short. And I didn't know I was going to see him (Uhuru)."

She then chuckled before admitting something most people in her sphere of influence wouldn't dare say.

"Ohh! I will miss part of Uhuru Kenyatta, not all of him."

Miss Mutoko said that she had met the president 24 hours after she had put out the video, with the head of state agreeing with her sentiments.

It would result in the SGR getting a better launch name, the 'Madaraka Express'. The media maven then expressed frustration at how Uhuru Kenyatta's story had been told so far.

"I feel sad that we still haven't told the full story of what the SGR means to us. The people who have let Uhuru Kenyatta down are his communications team. They have let him down profoundly. They have told his story poorly. Your job isn't to suck up telling the story well. It will make him look well."

She then shared a personal anecdote about how she had personally written a letter to former president, Mwai Kibaki when he was leaving office. She wondered whether she would do the same for Uhuru...

"When Kibaki left I wrote him a letter called, 'You're my rockstar.' I am still wondering whether I will write one to Uhuru."

Her parting shot about Uhuru's legacy was bittersweet with the mother of two reiterating her earlier stance that the tale of Uhuru had been told poorly.

"I believe he's done a lot of good in a very difficult time. That man couldn't catch a break in his first term. First, he had to go to court and then the terrorism attacks almost finished him. I don't know if this story has been told and the fact that 14 Riverside was dealt with the way it was. That credit goes back to him. His story has been told really badly. I don't know whether you can undo that."

She urges women to have therapists.
Exclusives
5 months ago