• "I had dropped out for three years before joining secondary." - Khaligraph 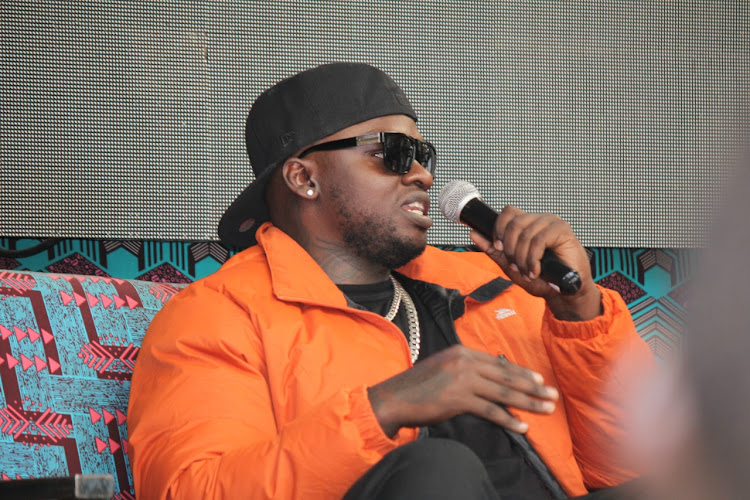 Award-winning Kenyan rapper, Khaligraph Jones, has opened up on how he broke generational curses in his family.

The no-nonsense rapper said he was the first to finish secondary school among 6 siblings.

This he shares on his new song 'Maombi Ya Mama' which is in the album Invisible Currency. He says although he got a D +, he is glad he got a chance to go to school.

"A younger me thought I would get a degree, but after high school, I found out that I had scored a D+. Where would a D+ take you? But would you believe me If I said I was happy? It's not like I never wanted to study, I had dropped out for three years before joining secondary."

Khaligraph on why he has never slid into Diamond Platnumz DM

"You have to humble yourself and request them to work with you."- Khaligraph
Exclusives
5 months ago

Khaligraph says that although it was sad to see his age mates go to school while he stayed at home, he knew his parents were doing their best.

"There were no school fees and there was no one to help settle it. My choice to go back to school thereafter was my choice. I wanted to close that chapter, and I know my parents tried their best because a generational curse was laid to rest. I did not get to campus but I cleared the way for my siblings." Khalighraph shares through his lyrics

Just recently Eric Omondi had also opened up on the reason he isn't married. He said the reason was that almost all his uncles are divorced, which can sometimes be a generational curse.

Do you believe in generational curses?

Khaligraph: I am not begging anyone to play my music

"If it doesn't meet the cut well and good." -Khaligraph Jones
Exclusives
5 months ago

"As long you understand what I am saying that is all that matters." - Khaligraph
Exclusives
5 months ago
WATCH: For the latest videos on lifestyle stories