I can't wait, be ready - Bobrisky to Diamond

• Bobrisky was bombarded by Tanzanian and Kenyan fans that she had to do a follow-up post with Diamond's photo in Swahili. 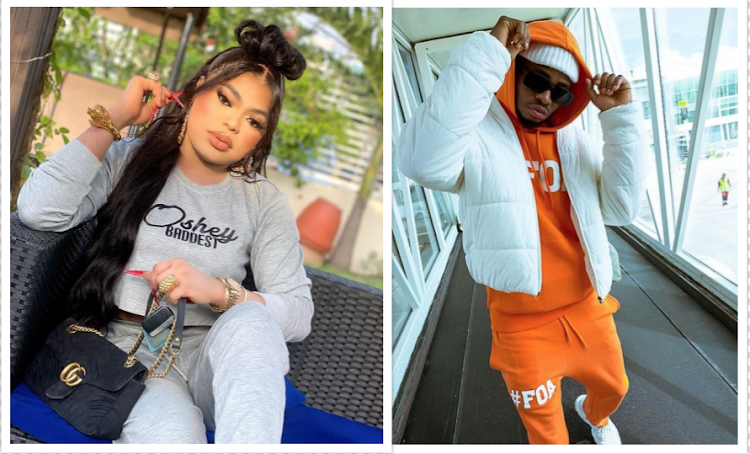 It all started when she paid her hairdresser obscene amounts of money. She filmed the transaction and in the background Diamond's hit song was playing.

Diamond reposted the video on his insta stories with the caption "Queen Risky".

Diamond's single Iyo featuring South African artists and singers Focalistic, Mapara A Jazz, and Ntosh Gazi could be heard in the background.

Bobrisky was bombarded by Tanzanian and Kenyan fans that she had to do a follow-up post with Diamond's photo in Swahili.

(Uwii. He is hot and truly talented. I would love to meet him soon... Tanzania I'm coming, I can't wait, be ready!)."

Diamond is currently promoting his first-ever extended playlist that he has named FOA.

Before announcing the date Diamond posted the abbreviation of the EP's name with a bright orange background.