'This album is super historic,' - Khaligraph

• "This album is like nothing that has ever been done before, it is going to be a new experience." 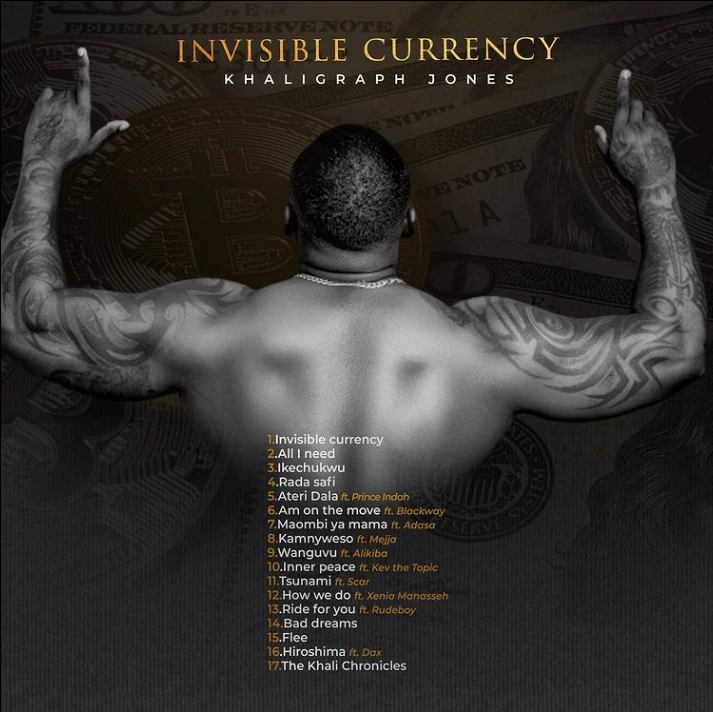 In an announcement, the rapper told his fans, "This album is like nothing that has ever been done before, it is going to be a new experience."

He concluded, "It is going down on March 7, Invisible Currency drops on 7th."

The extremely hardcore rap vocalist is also known for his single hit song "Yego" which also gave his fans a sneak peek of his album.

Dropping a snippet of his song featuring Dax, a Canadian hip-hop singer, the song is already giving shivers as it is with no doubt a powerful hit.

The album has 17  lit and ground-shaking hit songs, both singles and collabos featuring top artists across Africa from Alikiba to Rudeboy and many more.

Being his latest project the singer says that he has so much Faith in the album making a huge wave as there is no other album in Kenya ever released that can even match up to its vibe and energy.

"There is no album that will come out of the 254 in 2022 that is going to surpass what Invisible Currency is going to do," says Khaligraph.

He revealed that they were to release the album on February 28, 2022, but decided to wait till March 7th to ensure everything is just right.

A week from now, the album will be officially launched and the first track will be of him featuring Dax.