'I conceived 2 months after a miscarriage,' - Milly Chebby

• Baby Milla had to undergo a surgery at two weeks. 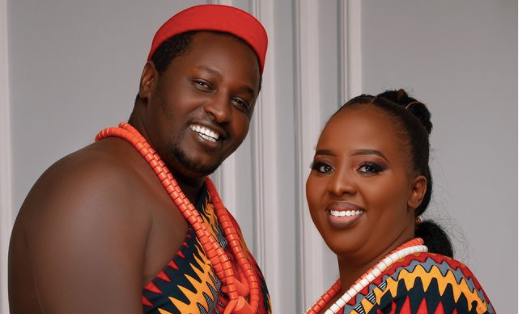 Milly Chebby has opened up on suffering a miscarriage.

The content creator says it hurt her to lose her baby adding that lady luck smiled on her as she was pregnant again two months later.

Sharing her experience on Diana Bahati's YouTube channel, Milly narrated, "I was so ready to get a baby, so when the test turned out positive I was very happy. At 2 months I started spotting.

I went to the hospital and the doctor confirmed the heartbeat was OK But at 13 weeks I spotted again and my spirit told me something was not right.

The baby had to be evacuated."

Milly says two months later she got pregnant but when she gave birth her daughter developed some complications.

"I got pregnant two months after my first miscarriage. Milla was born with a tumor in her stomach, the stomach was very swollen but it was not painful even if you pressed it."

Milla went through a successful surgery and is today a bubbly baby.

Milly now says the experience made her wait before getting another child, but she now says she is ready.

They have been silent about it for over 1 year.
Entertainment
7 months ago
WATCH: For the latest videos on entertainment stories