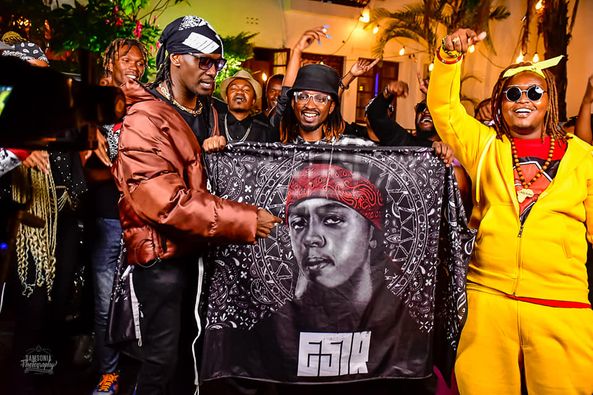 E-sir passed on when his music was at its peak.

He died from an accident on his way to Nairobi from a concert in Nairobi.

He was in the company of Nameless who was his closest friend.

Habib, the last born in the family of five said when E-sir died, it was very tough for him but E-sir's friends offered them a shoulder.

"It was very hard for me when he died. I was with my mum but very many people came through for me, I am the last born my other sisters were not in the country," he said.

"Businessman Chris Kirubi visited us. I remember he came and gave people like me his card and I didn't know who he was. He told me if you ever need anything just call me.

"We gained so many brothers in our family, Nameless among other legends till today are brothers to us. He has never left our side. Each and every year, we meet here with their children and have time together."

"We lost him but we gained so many cool friends. He was so kind to people out here."

Habib spoke in an interview with Tuko Etra.

Who is Fiona Kirubi, the heiress of billionaire Chris Kirubi

"I grew up with my mum and I learned that the words and encouragement that my dad had trouble expressing came out through his successes and ...
Lifestyle
3 months ago