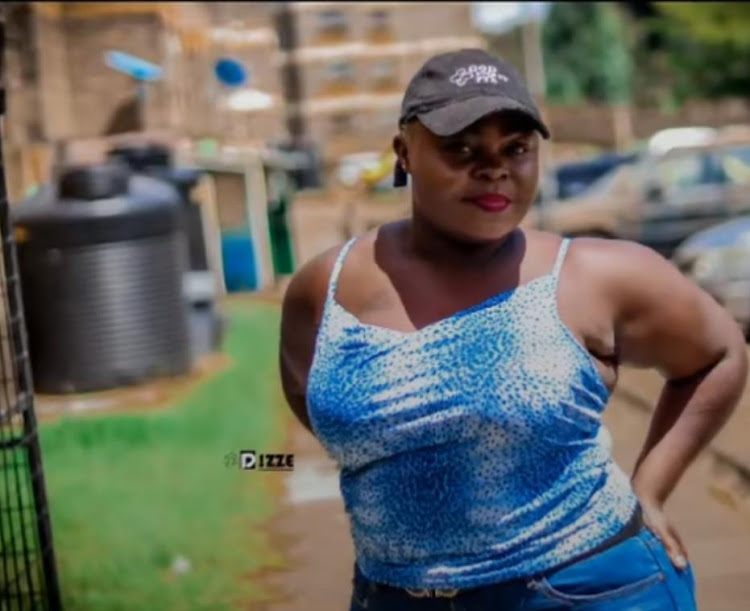 "It was not an easy time because everywhere I went people would mock me, others would congratulate me," Pritty told vlogger Kenya Central.

"When the video went viral, I was traumatised. People had different reactions. There were positive reactions and negative ones, the negative ones landed me in hospital. My ulcers flared up at that time," she added.

On the making of the video, Pritty told the vlogger, "We were just talking then it hit me that it could be his birthday, but I thought it was the day before because he had never come to see me on his birthday. Then he corrected me then we continued to vibe."

She added, "I did not know it would go that viral because there was a time I did a challenge with him for the Nadia Mukani and Sanaipei song, Wangu. It did not go that viral just a few people picked it up and posted it on their channels. At the time I just thought this is a harmless TikTok just for fun."

It was not fun at all. The after-effects of being thrust into the limelight got her hospitalised. She made the decision to delete the video.

"I deleted it. Yes, it had many views but I had to delete it. I had to, because of the comments, they were really hurtful. You know for me, I was used to being a normal private person then out of the blue you are in the limelight and the insults come with it, you keep asking yourself is that how much they hate me? So I just had to delete it."

The video celebrates their ghetto love. Check it out below.

Pritty said, "There was this one comment, it was the worst comment that hurt me it read, 'So simple boy and simple girl you have both decided that your children will have 'Sura personal?'."

After the video went viral, their love seemed to cool down.

"We don't hangout together like we used to, it got to a point where I got tired because fans would ask him for a selfie and he would leave me there and take the selfies and we have somewhere to go, so I decided that if it is a must we have to hang out then so be it if not I leave him be."

It also doesn't help that Stivo Simple Boy's management was not happy that the video went viral.

"His management doesn't like me. I don't know what they did. He doesn't come to see me they control him, I always ask myself, what I'm I doing with Simple Boy yet he is the man, he should be in control, we have not been communicating that much after the video went viral."

Pritty said that since the video went viral nothing much has changed in her life, however, she would like to "be given a platform to act I can do the Nigerian accent perfectly. I want to be known as the best actress ever and I want to open a spa and makeup place."

"Due to his extremely selfless nature kind heart and integrity I stand here very proud to say this is my dad," Maryanne Mudavadi.
Politics
8 months ago

Jua Cali: Fatherhood was scary but made me a more responsible person

Jua Cali enjoys playing with his kids every Sunday.
Exclusives
8 months ago