Everything you have heard about the management is true - Pritty 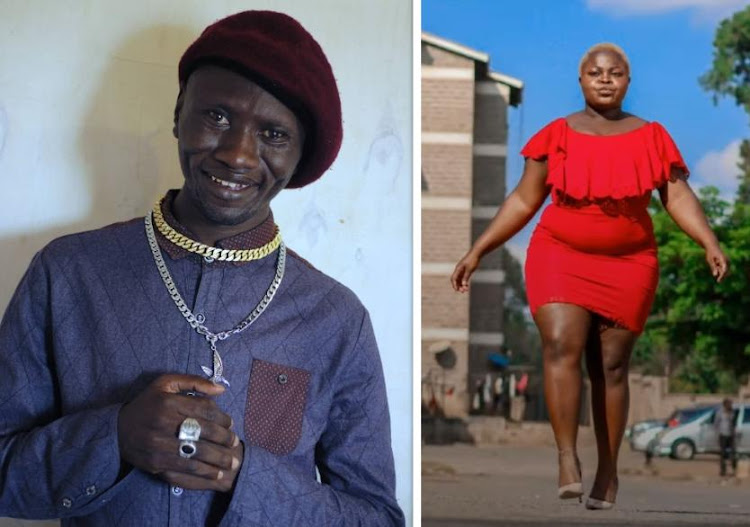 Stivo Simple boy and his bae of 7 years Pritty

Singer Stivo Simple Boy's girlfriend Purity Vishenwa a.k.a Pritty, has blown the lid off the drama in Stivo's music career.

Speaking to vlogger Kenya Central she said, "Everything you have heard about the management is true, Simple Boy cannot do anything, neither can I. He will continue doing what he loves until God opens up another way for him where he can do better and be at a place where he is happy."

His management has denied any unprofessionalism so did Stivo Simple Bo. But Pritty said, "Like right now, the management doesn't like me, I don't know what they have done, he is not allowed to come to see me.

I feel like they control him and that at times makes me feel so powerless. He is controlled by his management, at the moment we are not communicating after my TikTok went viral."

She added, "The management doesn't talk to me, last week my Instagram was reported I could not post anything so I don't know who did it but whoever did wants to bring me down."

Watch the viral video below.

Pritty who calls herself Mama Lao and Kibera's finest explained, "He doesn't have a YouTube page, his social media is controlled by them. I asked him to start a Youtube Channel with me or by himself but he told me that he fears his management will bring issues. So it told him, if that is what he sees fit then he can go ahead."

This control caused a strain on their relationship.

Pritty said, "There is this time we got into a baaaaad argument, my mum had to step in and arbitrate it. I won't say more about this because it will look like I'm pouring more fuel to the fire."

Rumours made rounds that Stivo Simple Boy's revenue was not getting to him. Pritty put this into perspective.

"Yes, I have witnessed all that, there is one he did worth Ksh 120k the money that he got was Ksh 4,000," she explained, "However, if he wants anything, they will buy it for him, but not for him to use his money to buy."

Pritty who lives in Kibra's Silanga area said her bae shifted without telling her.

"All I know is that he had shifted from Kibera, he did not tell me why or where he has gone to. He does come to visit though."