Ringtone explains the source of his vast wealth, says he is not a land grabber

Ringtone became smart after falling out with big wigs in the music industry.

• Ringtone says his mansion will be complete in 3 weeks, what is remaining is only getting a wife. 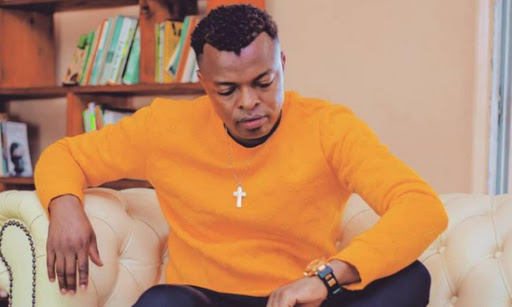 Gospel musician Ringtone Apoko has spoken about the source of his vast wealth.

For some time, there have been widespread reports that Ringtone makes wealth from illegal dealings such as land grabbing.

In an interview with Kiss FM, Ringtone said he has made his wealth through legal ventures.

"You want to say the Government of Kenya is not working? That I would break the law and I am not arrested? Those are just jealous people who do not want to use their heads," he said.

The singer explained that he started music with a business mind.

"I am an artist who uses his brain. Jalas I met you 10 years ago when I used to tour 10 schools per week. Every school I would go I got more than 50,000, those are the people that gave me the money."

Ringtone had to push himself to perform in schools after falling out with big wigs in the music industry.

"When Pamela was a big hit, I disagreed with the biggest event organizer of the gospel. I became an outcast, I realised the only thing I could do is to tell a story of my life," he said.

Ringtone boasts of vast wealth including luxurious cars, a mansion in Runda and Karen. He says that another mansion will be complete in 3 weeks, what is remaining is only getting a wife.

"My biggest problem now is which woman will I marry? Who can I entrust with wealth? Many Kenyan women if you give them billions, it will be finished within a day."

Ringtone-Huddah wanted me but I turned her down

Ringtone has called out socialite Huddah Monroe after she said no Kenyan man is her type. The 'Pamela' hitmaker said that he has in the
Exclusives
6 months ago