Jaguar-I used to sweep streets in the USA 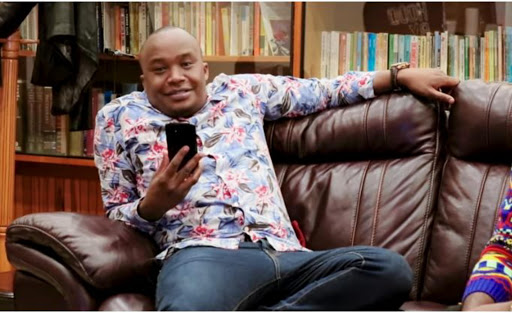 Starehe Member of Parliament Charles Njagua aka Jaguar has spoken about his humble beginnings, an area of his life that he has kept away from the general public.

In an interview with Willy M Tuva, the rich musician explained how he started out by working in car wash places before working as a tout (manamba).

He said that at this time he tried to get into music and released a couple of songs that didn't do well. The musician would later end up in the United States of  America, still trying to pursue his music career.

But unfortunately, he hit a wall as he realised he didn't have the connections necessary to grow in such a foreign country.

Jaguar who has an indomitable spirit decided to do what he could to survive and so started working as a sweeper on the streets and stores.

He says that he supplemented that job by working at dollar stores where he would get paid $10 dollars an hour (Ksh 113) and could work for 18 hours a day.

He explained that he would save this money religiously and came back to Kenya after 6 months where he would buy 3 taxis that he would conduct business with.

He went on to say that that initial taxi business was the start of his burgeoning business empire. He said that at this time he was ready to get back into the music industry, coming out with his biggest song to date, 'Kigeugeu'.

Now Jaguar is a respected MP and musician. Talk about hard work and always believing in your dreams.

Pascal Tokodi first laughed before he gave his answer...
Exclusives
6 months ago

"Christmas is for family. He will come back after the holidays. He will lie to you and confuse you for another year." - Magda
Entertainment
7 months ago

The Banjuka star narrated how Starehe MP Charles 'Jaguar' Njagua was with him during the hustle and the advice he gave him.
Politics
8 months ago