Fahyma Abdul alias Fahyvanny who became famous because of her relationship with Raymond Shaban aka Rayvanny is trending again.

The reason? Her replacement, Paula Kajala, has chosen to go after the mother of Rayvanny's only child.

In a recent post on her Instagram page, Paula called out Fahyma after she had claimed that Rayvanny was her husband in a TikTok video. 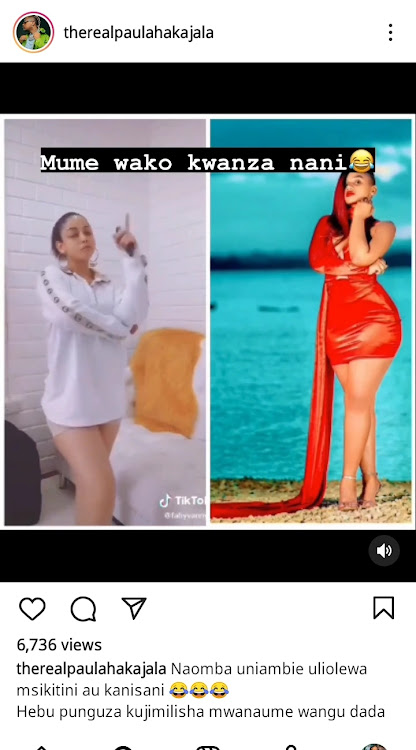 In the video, Fahyma can be heard singing the Wangu song by Nadia Mukami and Sanaipei Tande as she references her baby daddy, saying that he is still her hubby despite Paula's attempts to get him.

Her bait obviously worked with Paula issuing a stern response to Fay asking her how the Bongo artiste was her hubby, yet they weren't married?

Coincidentally, later on, Fahyma post a message on her social media where she bemoaned the fact that she was single. 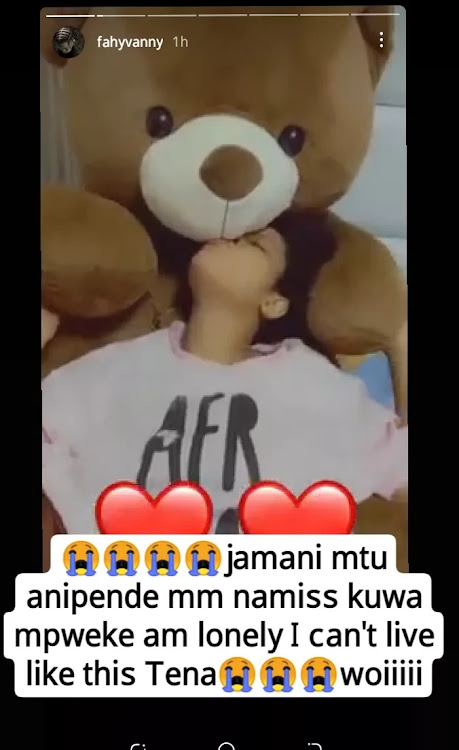 She added that she can't live like that again as she was tired and that she is missing company and love as well.

Fayvanny finally addresses rumour that she cheated on Rayvanny

Fahima Rayvanny, baby mama to Tanzanian star Rayvanny has refuted claims that she cheated on the artiste.Speaking during an
Entertainment
1 year ago

Fahyvany, baby mama to Tanzanian artiste Rayvanny has explained why she still uses his names on her social media handles.The mother
Entertainment
1 year ago