Our son tried to commit suicide-Wife to Firirida star shares

• "I got blood pressure and diabetes after my firstborn died, The second-born also tried to commit suicide. He said he did not know why he tried committing suicide." Felina 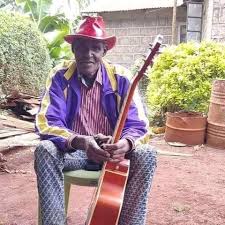 Felina Waithera, wife to Dicky Njoroge famously known for the song Firirida says she developed health issues after losing two of her kids.

Speaking during an interview with Wambui Wa Mwangi, Felina shared,

"I got blood pressure and diabetes after my firstborn died, The second-born also tried to commit suicide. He said he did not know why he tried committing suicide.

My daughter also passed away yet she was the one who used to buy me drugs. I ask people to pray for us."

"We have been married for 40 years. Even when I met him he was still singing. At that time he would buy me new clothes and take good care of the family.

The song Firirida was shot during a chama we had gone to. I was very happy when the song went viral, I felt God does not leave his own people. We do not lack something to eat or drink because of that song."

"My advise to young people is, do not listen to what other people say about your spouse because such words can easily break a home. Listen to your partner instead. Living with an artiste requires someone who is strong willed."

Check out the gorgeous lady Nick Ruto is marrying (photo)

Nick Ruto, the eldest son of Deputy President, William Ruto, got married today morning in a beautiful Koito ceremony in front of his family and ...
Entertainment
5 months ago