I regret the day I became famous-Akothee cries 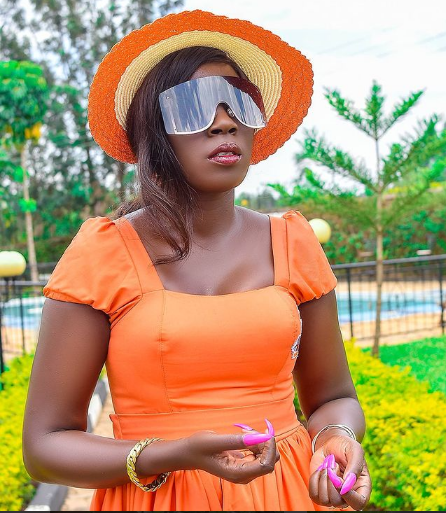 Madam Boss aka Akothee says she almost had a fight with a fan who recorded her while running errands with her family.

The mother of five questioned the loyalty of her fans wondering why some of her fans will never say hello to her in public places but will go ahead and start recording her.

"Pretend like they have not seen you, then immediately take out their phones and starts recording you and taking photos and when you notice them they hide."

"I almost became physical with one who became very rude to my sister-in-law who caught her with a whole movie of me and my family shopping."

Akothee added that being in public is not easy and she hates the day she became a celebrity.

She said some people still insist on taking selfies with her, despite her swollen neck and funny face.

"I regret the day I became famous, this bullsh*t ain't getting funny. Even with my neck support and funny face, some people would still insist on a selfie. Eeee, Is this really love ama ni kitu sijui ? Sometimes I am in pain and just pushing a little bit of life!

Spare me the impromptu photos PLEASE! I KNOW YOU LOVE EVIDENCE!

THE YEAR STARTED ON A ROUGH PATCH FOR ME ! hata Nguvu ya kupiga picha Sina mtanisamehe."

Sanaipei Tande lost shows because she refused to sleep with promoters

Sanaipei Tande has revealed some challenges she faced in the entertainment industry. Speaking in an interview on Spice FM, Sanaipei said she
Entertainment
1 week ago