• "She was never the first in bed. They were always the first to wake up." - Jalang'o 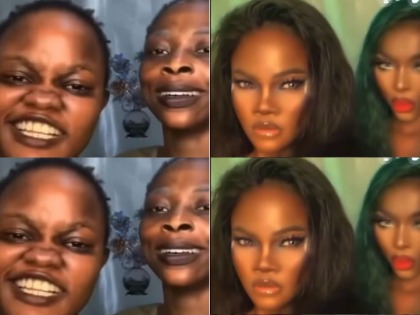 Jalang'o has asked women not to overdo their makeup lest they end giving their men a heart attack.

The Morning Kiss host says at times women should embrace their natural look so that men can know 'who' they are dealing with.

Giving an example of himself he says he once dated a woman who did not want to be caught dead without makeup.

"If you are doing makeup don't go so hard that when you remove it you are a totally different person. As a man, you can get a heart attack.

I had babes who must sleep after you are asleep, they can never be the first in bed because lazima atowe makeup na weave/wigs. They were always the first to wake up. It was hard to know who you are living with."

Jalang'o was reacting to a video of two women whose makeup transformation had left many in shock.

Their before and after photos are almost unrecognizable. Men do you love makeup on your woman?

Singer Akothee is about to show the world that she is indeed the President of Single mothers. On April 8, the mother of 5 will be turning 42 years ...
Entertainment
2 weeks ago