We split up when Sonie was 3 months pregnant-Mulamwah 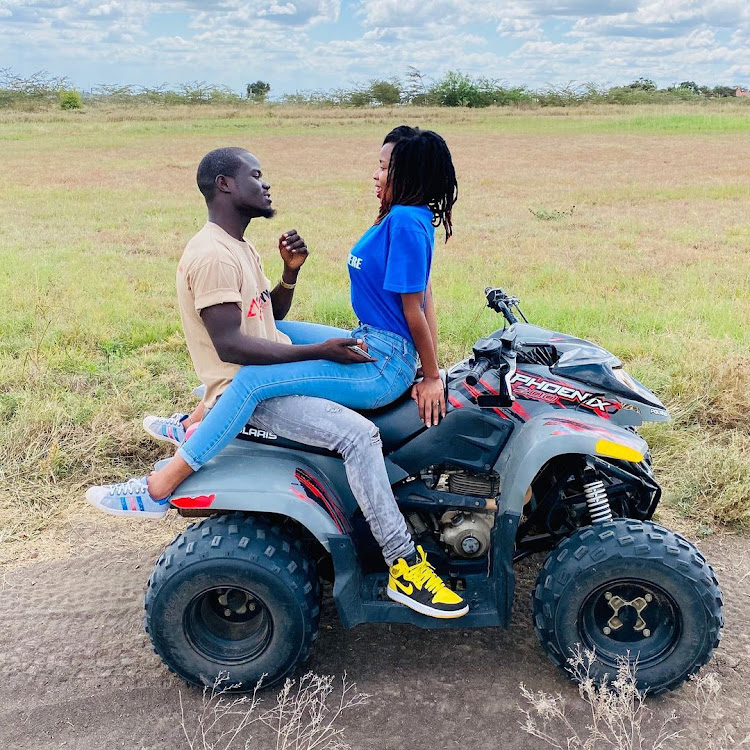 Mulamwah with Carol Sonie in the happy past
Image: Courtesy

Comedian Mulamwah has explained part of the reason his relationship with his baby Mama Carrol Sonie didn't work.

Speaking during an interview on Mseto East Africa, Mulamwah said that they had parted ways when Sonie was three months pregnant but chose to announce in public after their child's birth.

The comedian further said that his ex wasn't patient enough to understand situations when he couldn't meet some of her demands and sought alternatives from 'other people'.

"She should give men time. Don't rush from one relationship to the other. There was a time I could not provide this and that or buy her the best clothes and she would go look for it somewhere else from other people and it used to hurt me so much."

Mulamwah advised that it is important to be patient with men.

"Give men time. That time maybe I did not have that money, right now she would be getting what she desired, we would be buying those clothes and going to places she wished for. You rushed the process and the fruits were shifted to another person."

Mulamwah, however, praised Sonie for being a humble person.

"Sonnie is an active person. She fits in in any character when working together. She is humble and she will eat and live humble. Even in her new relationship, she should remain the same."

The two are co-parenting.

Sailor's group member Miracle Baby says the money he got while still singing under the group was enough to buy a piece of land for his parents.
Exclusives
2 weeks ago