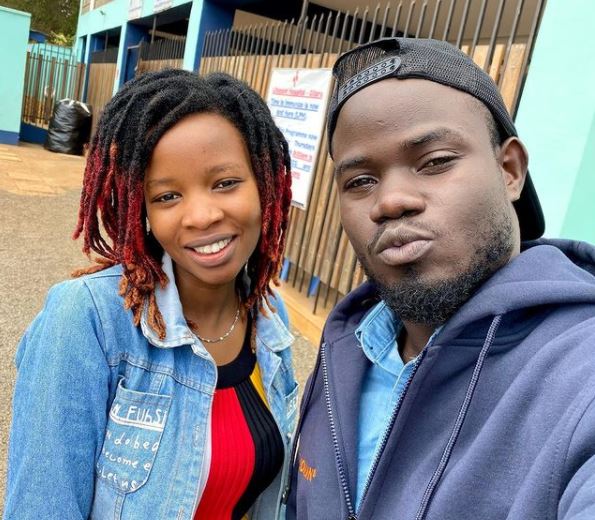 Mulamwah and his ex-lover Sonie broke up last year but kept it a secret until they welcomed their baby.

In a recent interview with Mseto, the father of one revealed details about their unsuccessful relationship.

He said at first, his lover left and she came back and that was when he also decided to leave.

"That time she wanted to live happily and expensive and a lot of other factors contributed to our break up," he said.

Mulamwah insisted that they both decided not to say the main reason they parted since some fans would make fun of it.

"They will even make fun out of it when you are indeed suffering. We have families and some of our relatives are church leaders and the more we talk, the more we continue hurting them."

He added that nobody pushed him to walk out of that relationship. They are still friends.

"We talk about important issues alone and I do so much for her, I still manage Carrol Sonie, pay bills for the baby, and seal deals for them."

Society has judged me wrongly. We separated even before the baby was born. We had decided early. When she was three months pregnant. I am a nurse and I know the importance of taking care of a pregnant woman. That is why we brought the news later."

He said the reason they posted about their breakup is that it was public.

"We were public about our relationship and that is why we decided to go public after the breakup. They were valid reasons. I have physiologically been affected but I will not say this is the reason we broke up just to make people happy. They can troll me. There is a lot behind the scenes."

Radio King, Maina Kageni, has warned off political aspirants who think he will ever contribute towards their campaigns.Maina says
Exclusives
7 months ago