• "Let us who trust the women in our lives do that in peace. If you don’t trust women @amerix just find a man and marry." Boniface Mwangi 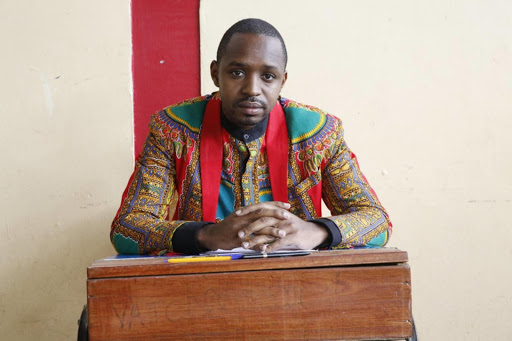 #Masculinitysaturday, a topic propagated by Eric Amunga sometimes rubs the shoulders of Kenyans on Twitter.

Popularly known as Amerix, Eric Amunga advises men to keep their frames and not to be enslaved by women.

However, Amerix's advice is at times considered as an attack on women.

Among his series of tweets on Saturday, Amerix advised men to build their empires privately without involving women.

The piece of advice attracted criticism from activist Boniface Mwangi, who challenged Amerix to let men make their own decisions on trusting women.

“A man shall leave his father and his mother, and shall be joined to his wife; and they shall become one flesh.” - Genesis 2:24.

Let us who trust the women in our lives do that in peace. If you don’t trust women @amerix just find a man and marry. We won’t judge you," Boni wrote.

Kanambo Mquincher found out she was trending when her Facebook pals shared the video of her street freestyle and hyped her up for her exemplary ...
Entertainment
6 months ago