• "I get gigs just because of that, sometimes even when I tell someone I am not John they refuse to listen and insist that I must perform for them." - Demathew Junior 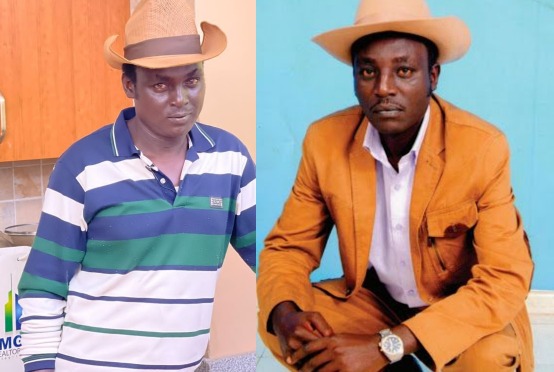 Mugithi artiste, Demathew Junior, says he is still unable to come to terms with the death of his brother John Demathew.

DeMathew passed away in August 2020 after being involved in a car accident near Blue Post hotel after his car hit a lorry.

Speaking during an interview on 'Reke Ciume Na Ene' with Ala C, Junior says people still assume he is John DeMathew.

"Looking like John Demathew has really helped me a lot up to date. I get gigs just because of that, sometimes even when I tell someone I am not John they refuse to listen and insist that I must perform for them.

Working with my late brother I learned that music is a job like any other job. He taught me that the industry has a lot of problems but they can be solved. Him teaching me about discipline is something that has helped me remain relevant."

On how he received the news of his brother's death he said;

"I have never accepted his death. I am only trying to be strong, John died after my mum who had passed two years earlier. It has been hard trying to fill his shoes. Even musically I cannot fit in his shoes."

That Mugithi music has a lot of adult content contained within its lyrics is something that is often understated.Even gengetone
Entertainment
3 weeks ago