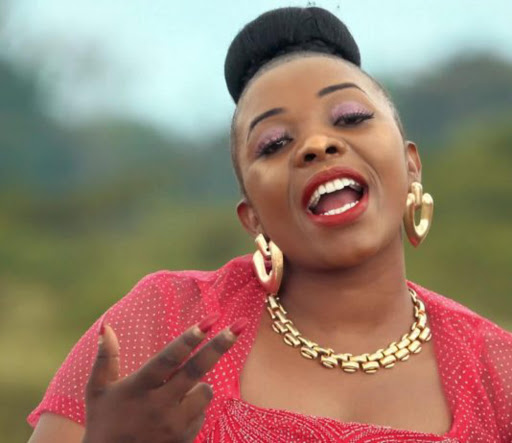 Justina Syokau is back again with a new song Twendi Twendi Tu (2022). Syokau came to the limelight in early 2020 after she released a hit song that propelled her to greater heights.

Well, the musician blessed many people with her song but some felt she jinxed 2020 with the release of her song which prophesied hope but things went way opposite.

Following the miseries that came with this year, Kenyans warned Syokau not to release a song about 2021 fearing she might jinx it as well. She released another song in 2021 unfortunately it was not a hit.

As we approach 2022, Syokau is back again with another song. In part of the lyrics, Syokau says that nobody is gonna plan her life as she is also going to be a leader. She adds that she is unstoppable.

"SIPANGWINGWI aaaaa Am Unstoppable , sizuiliki, sipimiakwi hewa, God has Annointed me and set me apart to lead ,I declare 2022 I will lead in everything I will do ,I will be number one musician, number one in leadership, number one in business Mungu amenipanga in Jesus name I declare whatever you a desiring to become you will achieve in Jesus name 2022 it's year of Peace,year of unity,year of blessing,year of double potion,my story will change,I will be called blessed ,it's my year of victory,year of celebration,year of my star to shine ,I will be a testimony I have a big God 2022 we will pray and God will answer by fire."

The song is trending at number 26. Check out some comments from Kenyans below;

Maluku chalo: We will use this for baba's campaign.

In the post, Makena took time to celebrate the younger them because according to them, that person was brave, resilient and determined.
Entertainment
7 months ago