Even if my baby came out black, she would still be beautiful - Vera Sidika

• Vera said she intentionally took time to show her baby's face to the public, and not because Asia was not beautiful. 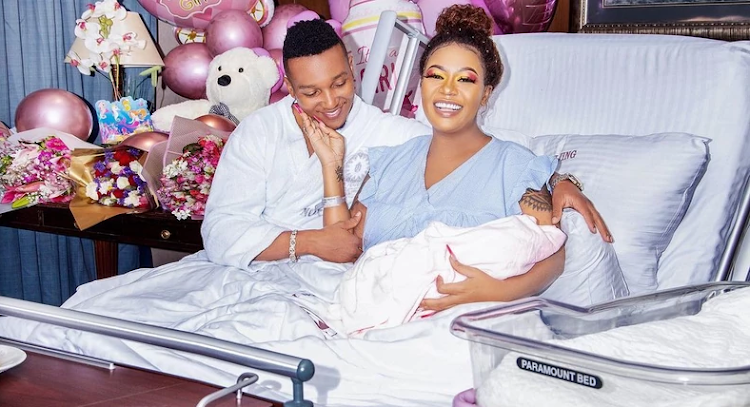 Before then, fans could only imagine how Vera Sidika's daughter looked like. Whether she had a supper light skin tone like that of her father Brown Mauzo or a darker one like one the mum had before bleaching.

Now, Vera Sidika said some of her fans were shocked to find out that her daughter is as beautiful as a Barbie doll.

The mother of one said she intentionally took time to show her baby's face to the public, and not because Asia was not beautiful.

"They said we are hiding Asia not showing her because she is not as beautiful as we expected, so we are embarrassed to post her. Not knowing Asia is extremely beautiful and we don't wanna rush to post," Vera Sidika wrote.

Additionally, Vera said she wouldn't be embarrassed to show off her daughter even if she wasn't light-skinned.

"Even if Asia came out black, navy blue, purple... whatever colour, she'd still be the most beautiful baby ever. Her features are extraordinarily beautiful, her eyes, ears, nose, lips, nails," Vera affirmed.

Below are the full lists in the YouTube End of Year Lists 2021;  Most Watched Non-Music YouTube Videos  TT Comedian meets Slay Queens"Sukari" ...
Entertainment
6 months ago