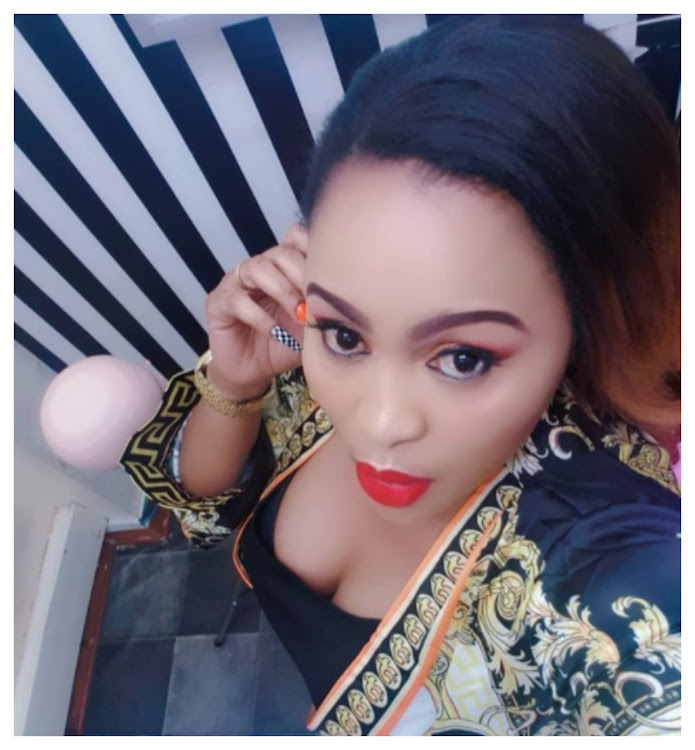 Sally Wangeci, who was popularly known as Empresal burial is ongoing at her parents' home in Subukia, Nakuru County.

She died under mysterious circumstances over a week ago.

According to the eulogy, the cause of death has slightly been explained where the family says she had complained of severe back pain.

In 2015, she was involved in an accident along Nanyuki highway where she developed a spine injury since then. She has been receiving treatment in different hospitals and in 2017 she underwent spine surgery.

Her condition deteriorated leading to her seeking further medication. in 2018, she went for second spine surgery in India. Since then, she has been under close check-ups and medication for back-related complications.

"On that fateful day. She complained of severe back pain and she took medication only to later collapse during the night and was rushed to hospital when she was pronounced dead on arrival."

Rumour had it Sally died after receiving a whitening injection (intravenous injection for vitamin C supplement) by a family doctor in her house.

Sadly, the celebrity died before finishing the procedure. The information was published through various platforms, something her BFF Amber Ray has trashed.

"I've never been the kind of a person to address rumours but I just want to make it clear that my BFF didn't die of skin bleaching injection as all idlers claim," she wrote.

"She was born naturally light and so beautiful, and we are still waiting for the postmortem results. So please, as much as it's tea for you, at least get your facts right!"

"Imagine we as her closest people we don't know yet what killed her and you a stranger, you are busy running your mouth. Shame on you all!"

Rachael described her husband as a true friend, confidant and a wonderful dad to their children.
Lifestyle
7 months ago