Maina Kageni explains why he rarely uses his salary 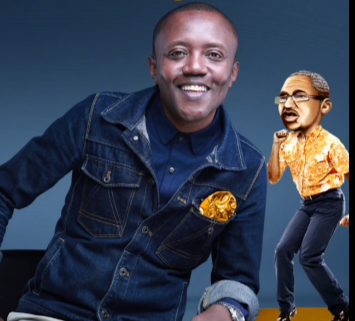 Maina Kageni has warned his co-host Mwalimu King'angi against sending fare to women.

The celebrated radio host says those are some of the things that make Mwalimu lag behind.

"I do not pay for petrol, I do not pay when I go to restaurants, I was in Mombasa over the weekend and I did not pay anything.

Mwalimu couldn't believe that even with a salary of over 1 million Maina still gets to walk into restaurants without paying.

"Unapeleka pesa wapi? You do not pay rent you do not fuliza?' Questioned Mwalimu.

The duo was reacting to a proposal by the Salaries and Remuneration Commissions which is championing for an increase in MP's salary.

"This man is a full MD, and if I tell you where he works you will know. He has a side chick in her late twenties, 27. That woman stresses that man."- ...
Entertainment
9 months ago

Maina says what the President is paid, is for him to use for his personal use as all his expenses are catered for.

If he came to your hotel wewe unaweza mlipisha?

That is just his salary. The President does not pay for anything.

My biggest question is, all the money they give in Harambees where does it come from with this salary? How do they give money after every three days and they do not go broke."

Here are the rest of the proposed salaries of other politicians :-

Do you think the politicians especially the MP's deserve a salary raise?