Harmonize or Diamond? Anerlisa on who will perform at her birthday bash

Pesa Otas is a popular Luo phrase used for people (Anerlisa Muigai) who have so much money that they spend it like it is common paper.

The Keroche heiress is clearly in the league of people who have been blessed with so much money that her dilemma this Christmas is who she will fly in to perform for her birthday.

And I am not talking about slouches either. The Nero Water CEO is split between Diamond Platnumz and Harmonize...

Yep, you read that right! Anerlisa revealed this information on her Instagram page today morning, asking fans to vote on the celeb they would rather perform at her bash. 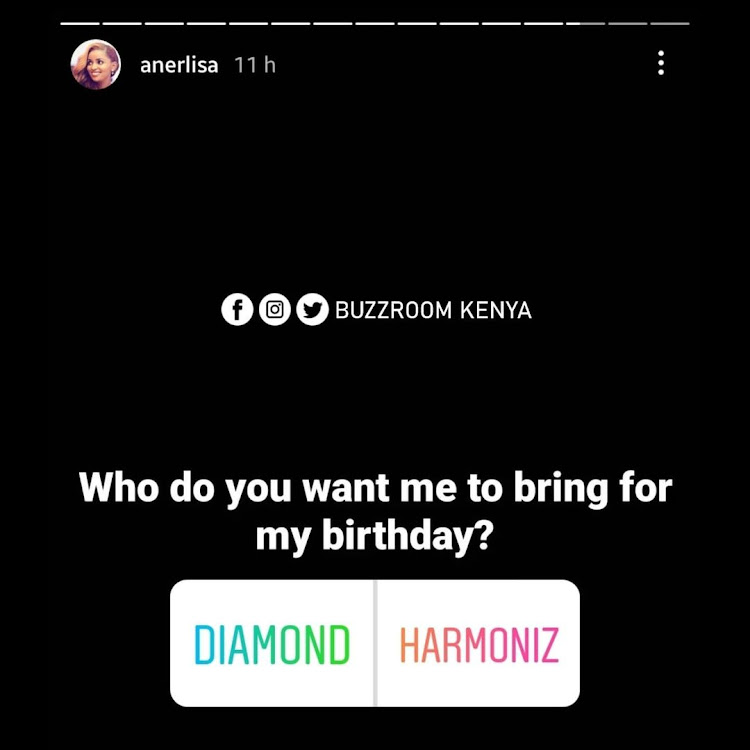 Thing is Diamond's rate card isn't cheap. According to singer himself, her charges almost Ksh 2 million for local shows and at least Ksh 7 million across the borders.

Harmonize meanwhile charges $25,000 (Ksh 2.8 million)  per show. So one can see the millions that Anerlisa will have to fork out for either one were they to perform at her event.

"We are tired of men eating our money!" Anerlisa screams

Keroche Breweries heiress Anerlisa Muigai issued a rallying cry this past week. Apart from her eye-opening interview about her short marriage to Ben ...
Entertainment
5 months ago