•Singers have never been close 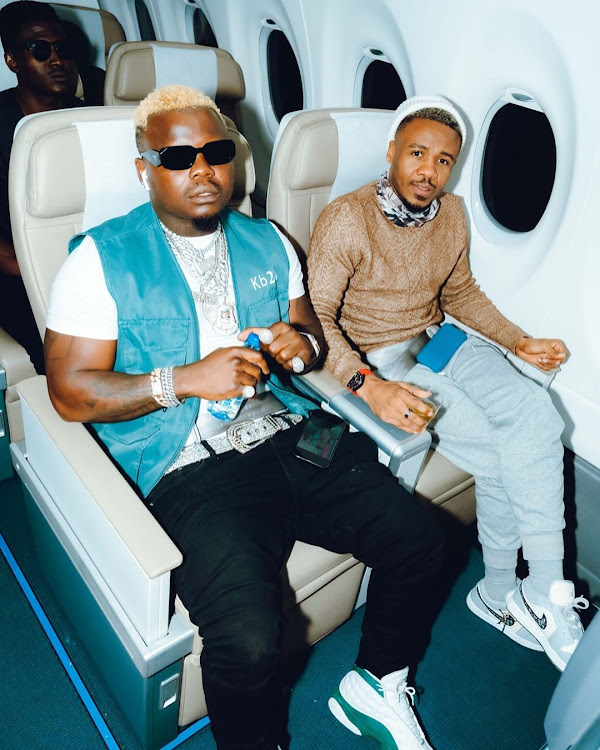 Harmonize and Alikiba have never seen eye to eye...Ever! But the rivalry between the two seems to have softened after they shared a photo together to symbolize peace.

Last weekend, the two performed in Naivasha at the Afro-Vasha, where each artiste headlined his show. Later, they took a flight together to Dar Es Salaam and thats when they caught up and took a photo together.

"KONDEGANG F.C. IN MWANZA ….!!PLEASE MAKE SURE YOU PULL UP 4 THE KING Alikiba."

While on his trip to Kenya before meeting Harmonize, Alikiba said the Konde Gang CEO is not his friend.

"Harmonize is not my friend, we only met once." He said

The two are also long time rivals to Diamond Platnumz and their photo has been a buzz hours after Diamond released his song Unachezaje.