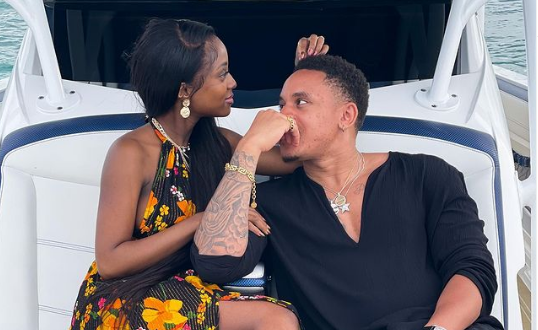 Mars was in the US a couple of weeks ago to visit the couple.

"I had gone to see the baby." She told a reporter

When asked when the couple will visit Tanzania to visit Mdee's parents and make things official, she said;

"The baby is too young to travel at this moment but when he is about a year old, he'll come (to Tanzania)"

Asked whether she will follow her sister's footsteps and marry from abroad, she said;

She added that the difference she has seen from people in other countries is that they mind their own business unlike in Tanzania.

Vanessa Mdee hints at having baby number 2 with Rotimi

Awarding Rotimi the 'best dad award' Mdee would then hint that the two would soon be working on making baby number two.
Entertainment
5 months ago