• Well, in a recent Q and A session, Arrow Bwoy was asked whether his girlfriend is expecting their first child. 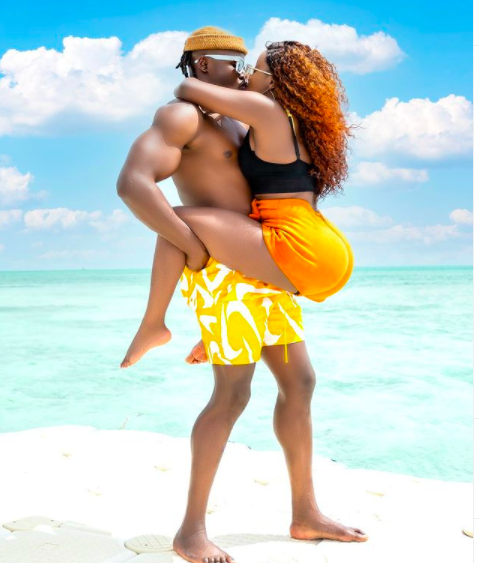 Singer Arrow Bwoy has responded to allegations that his girlfriend Nadia Mukami is expectant.

The two announced they were an item in August this year.

In a live video on their Instagram accounts, Nadia revealed that she started dating Arrow Bwoy a few months after which they shared a cosy photo of them in Dubai.

Arrow Bwoy, posted a cryptic message that said; "Everything is in black and white… Nothing to explain."

Well, in a recent Q and A session, Arrow Bwoy was asked whether his girlfriend is expecting their first child.

Early this month,Nadia introduced her boyfriend Arrow Bwoy to her parents for the first time.

"My dad retired this week at 60 from KICD. It was an incredible day to commemorate my father."

She even acknowledged that Arrow Boy is officially her boyfriend.

"Thank you Arrow Bwoy for coming to my dad’s retirement party. You are now part of the family. I love you too babe."

Arrow Bwoy also shared a romantic video of them on his Instagram.

Koffi Olomidé cleared of rape but convicted of holding dancers

An appeals court in France has cleared Congolese music star Koffi Olomidé of sexually assaulting four of his former dancers, but convicted him of ...
Entertainment
6 months ago