In a recent interview with Chatspot, musician Marya opened up on dating veteran rapper, Colonel Mustafa. The hosts on the show had asked the mother of one how the relationship with the 'Ayo' singer had gone down. (The two dated in the late 2000s)

"It did. I think that at the time I was with Mustafa I wasn't ready for that. I didn't know what I was getting myself into. I just met this guy, he likes me, I like him. We are doing the same thing at Ogopa. There was some controlling that I didn't know how to react to." 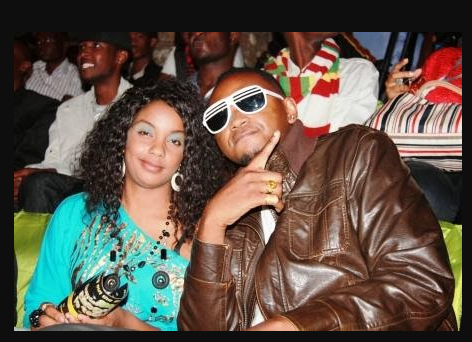 For his part, Mustafa has in the past claimed that the reason they broke up was that Marya had cheated on him. Writing on his Facebook page,

“Everybody has been trying to find out what happened between me and Marya. I have been silent over the matter. She cheated, and I couldn’t forgive her. As a man, you want to make decisions for your family. Sometimes, the lady doesn’t see the sacrifice and commitment you make in the relationship. I called the engagement off long before any cheating rumours came out. This wasn’t going to work,” read part of his post.

I found out I was adopted in form 3-Marya says

Veteran musician, Marya was interviewed yesterday on Switch TV's Chatspot. The 'chokoza' hit-maker had a lot to divulge admitting that she had ...
Entertainment
1 year ago