• The prestigious event was attended by notable people from the Luo Community led by ODM leader Raila Odinga. 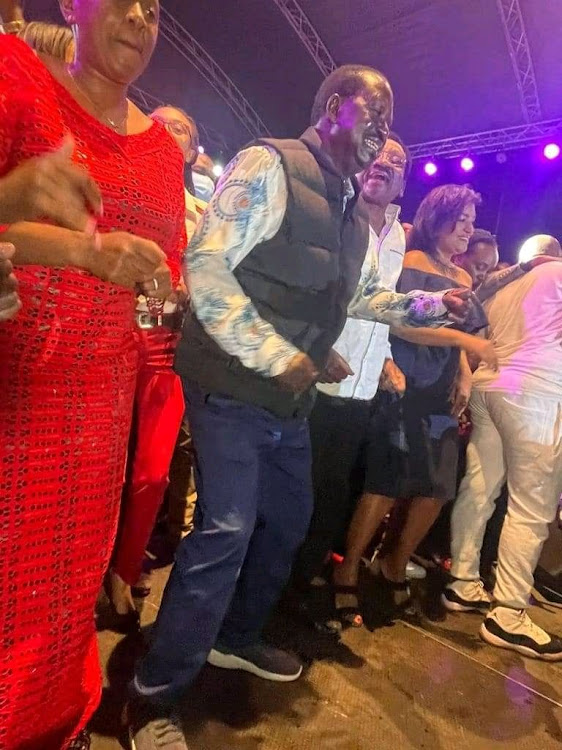 The Luo Festival went down at the Ngong Racecourse on Saturday evening.

The prestigious event was attended by notable people from the Luo Community led by ODM leader Raila Odinga.

Raila, who made his entry at night was accompanied by leaders such as James Orengo and Esther Passaris.

According to the event's organizer Jalang'o, it cost 10 Million to set up the event that hosted close to 5,000 people.

"To set this event easily would cost you Ksh 10 million because we have 10 bands...the sounds systems..stage...grounds, artist payments...security, its crazy but we have enough sponsors," Jalang'o said.

"It has been 4 days since i slept..you have to make the sponsors happy...make sure that you give them the right ambiance..everything that you promised."

Jalang'o further revealed that singer Akothee was the most paid artiste.

"Every artiste has their own requirements, so if all the artist had required a tent...bedroom... any of them would have got what they asked for," he said.