Dababy and Quavo spreading love to their communities on thanksgiving 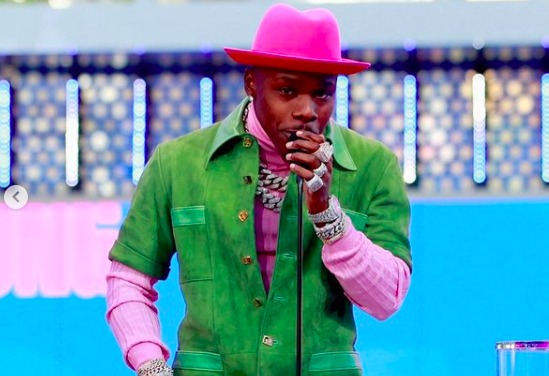 The two rappers were busy on Monday at 3 PM passing out turkey for thanksgiving purposes and just spreading positive around the community.

Thanksgiving Day is an annual national holiday in the United States and Canada celebrating the harvest and other blessings of the past year.

The American holiday is particularly rich in legend and symbolism, and the traditional fare of the Thanksgiving meal typically includes turkey, bread stuffing, potatoes, cranberries, and pumpkin pie.

‘JUST GOT OFF THE PLANE✈️FEEDING 100 FAMILIES FOR THANKSGIVING 🦃🍽ANYBODY NEED HELP MEET US THERE❗” Dababy wrote on his Instagram on Monday the 22nd .

His official name is Jonathan Lyndale kirk but famously known by his stage name DaBaby.

He is an American rapper that rose to mainstream prominence in 2019.

Quavo Huncho also tagged along and took part in the generosity. ‘No Matter How Far U Go U Gotta Take It Back To Where It Begin.

"Happy Thanksgiving 🦃Thanks To My Partners @gopuff @feedingamerica . For Making This A Successful Day On The Nawf!!” Quavo wrote on his Instagram.

The rapper posted on his Instagram people of the community thanking him for the kind gesture. Quavo posted a heartwarming video of kids also helping out in the scene.

"Kids wanted to pass out turkeys since they seen me doing it,” Quavo wrote on his Instagram story.