'Stop associating me with Jamal,' Amira warns her fans

• The photos prompted fans to report to Amira (Jamal’s wife) that her husband had been seen with Amber Ray. 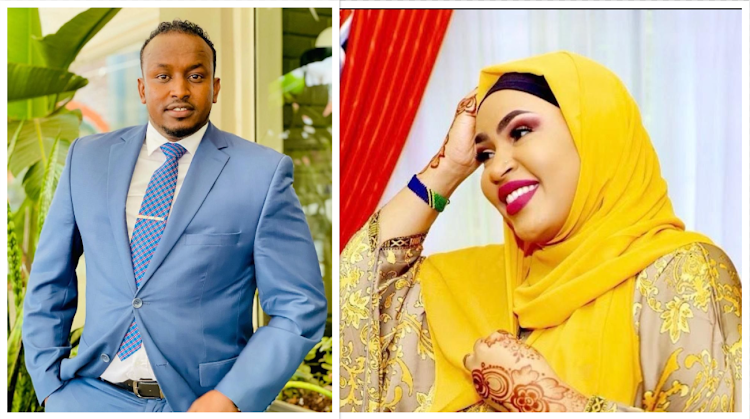 Socialite Amber Ray and businessman Jamal 'Rohosafi' Marlow were being spotted together again a few weeks after they both denied to be dating.

The photos prompted fans to report to Amira (Jamal’s wife) that her husband had been seen with Amber Ray.

In a quick rejoinder, Amira fired back, stating that she doesn’t want to be associated with Jamal in any way as they are no longer together.

"PSA! Am addressing this force the very last time! Stop associating me with Jamal. You need to stop dragging me with every issue that you see out there, we’re no longer together. I am not his wife he is not my husband, I am not his problem, his no longer my problem," she wrote.

Early this month, Amira made it public that she had asked for a divorce from hubby Jamal Marlow Rohosafi after he disrespected her in public.

Amira reacted angrily to Jamal's birthday message to Amber Ray, whom he dated before breaking up.

Shortly after, Jamal sent Amber best wishes on her birthday yesterday, Amira announced that she is officially a single mother.

"As from today, kindly consider me a single Mum. @Jimal_rohosafi get that divorce paper ready. Am not going to allow you to disrespect me again."

Amira was angry that Jamal could not post about his son on his birthday.

"The audacity. You couldn't even post your son on his birthday," she said.

She added; "I got the courage to stand up for myself. It’s something that I should have done a long time ago but didn’t have the courage to. But it reaches a point where enough is enough.

"Today is the breaking point for me and I hope this will also give you the courage to leave whatever has been holding you back."

She continued, "Working towards becoming a better version of myself and caring for my kids. And doing my business. One step at a time."

Nyambura is a renowned media personality who hosts a show alongside Dj Smiles known as "Mwigangaro" loosely translated to mean enjoyment.
Entertainment
3 days ago