• The bill is set to be tabled in parliament on Wednesday. 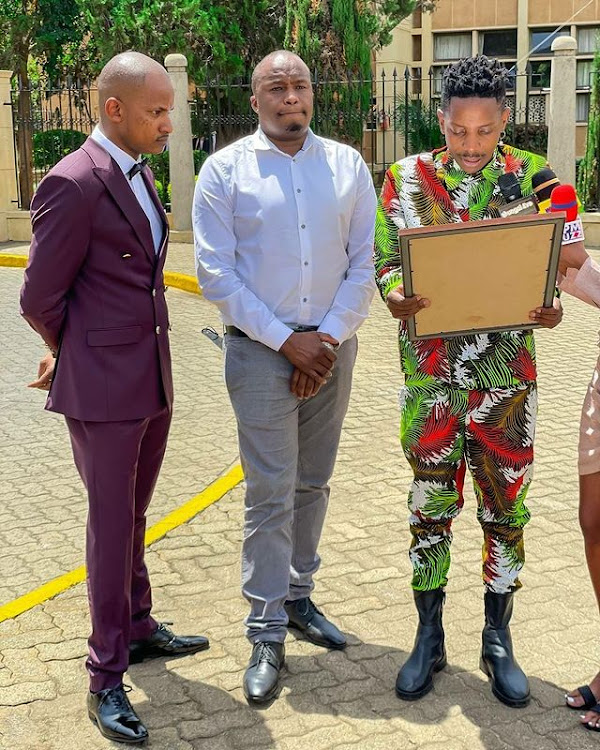 Yesterday, comedian Eric Omondi presented his bill championing for 75% of local music to be played on TV and Radio stations to members of parliament.

"The "play 75% local" bill will be tabled in Parliament tomorrow by @jaguarkenya and @he.babuowino tomorrow!!! The Bill will pass with Flying colours because no MP in their right mind would refuse to vote for a bill that Promotes and Supports their own Children."

"23rd November!!! remember this date!!! the lives and livelihoods of an entire generation and those to come will never be the same again!!! play 75% will be tabled in parliament and will pass with flying colours!!! thank you @jaguarkenya @he.babuowino.”.

MP Jaguar acknowledged having received the bill from Omondi, promising that he will table it after following the due process.

"Received a petition from comedian @ericomondi_ on behalf of local artistes, urging local broadcasters to play 75% of local content in their line-ups. I will follow due process and table it in parliament."

Eric Omondi has been vocal about the Kenyan music industry and how artistes should be treated.

The email concluded, "We have contacted the KWS and a trap is being laid within the campus."
Lifestyle
1 week ago