• Nyambura is a renowned TV journalist who hosts a show alongside Dj Smiles known as "Mwigangaro" loosely translated to mean enjoyment. 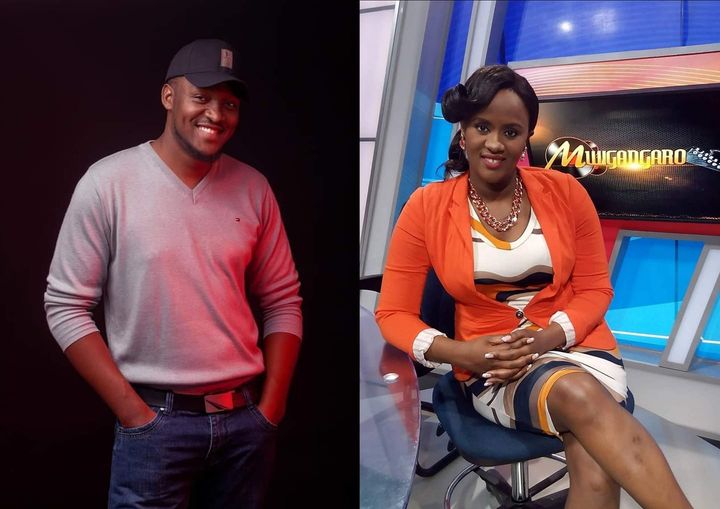 Inooro TV's journalist Nyambura wa Kabue is the new mum in town after welcoming a child allegedly said to be fathered by Mugiithi singer Jose Gatutura.

Nyambura is a renowned TV journalist who hosts a show alongside DJ Smiles known as "Mwigangaro" loosely translated to mean enjoyment.

When the news of their dating went out, neither party has ever confirmed or denied it.

Speaking to Mpasho.co.ke, Gatutura said that he is comfortable when the public speaks about what they know him for and that is his music and not private matters.

Today on her Facebook page, Nyambura shared some bit of her pregnancy journey.

"Surprise 1, When I got pregnant towards the end of last year I decided to keep it to myself before figuring out how I was going to break the news to my family and close friends. For several months my pregnancy didn't show except for the nose. I bought a card and put 2 sticker notes. Sticker note 1 read "Am pregnant" sticker note 2 was the number of months. I took several videos let me share a few."

Mpasho.co.ke has also identified that Jose Gatutura has other children from his first lover.

The two are said to have been separated for years.

"He has other kids which he takes care of. Otherwise, we would have seen the lady calling him out," the source told Mpasho.

While Samidoh may not have attended the glitzy affair at the members club, he did wish his youngest son, a happy birthday.
Entertainment
6 days ago