I love what she is doing-Husband to Mzungu selling mandazi

• Sylvia Bichanga came to Kenya with her parents who were on a Christian mission. 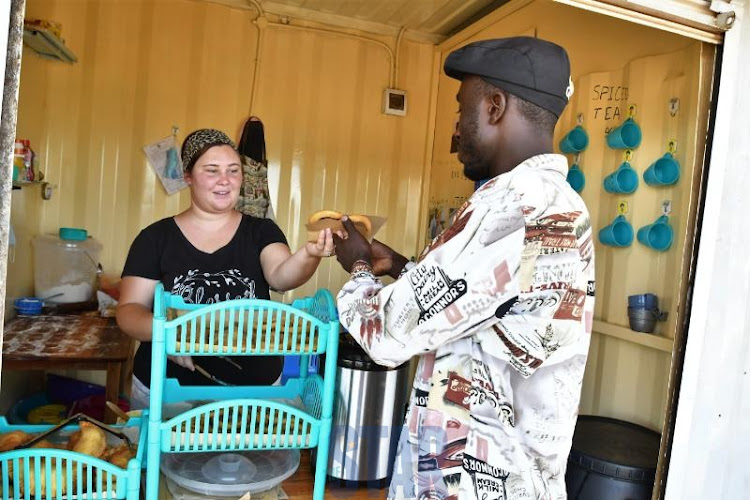 A 'Mzungu' lady hawking mandazis in the streets of Kisumu
Image: Daniel Onyango

A picture of a 'Mzungu' lady hawking 'mandazis' in the streets of Kisumu went viral on social media last week.

This was seen as a rare phenomenon as white people living in Kenya are considered wealthy, or they only engage in white-collar jobs.

Sylvia Bichanga came to Kenya with her parents who were on a Christian mission.

They settled in Kisumu, where she later got married to a resident called Bichanga.

She has been selling American pastries such as Pizza pockets, apple pie, mango pie, tea, and sausages on the streets of Kisumu.

"I am not an educated person, I never went to high school I went only through grade school. Then my dad was like I need you to work in the office," Sylvia said in a recent interview on NTV.

Her husband revealed that he was concerned about his wife hawking in the streets, but once he saw she was comfortable with it he supported the business fully.

"I love what she is doing, she is OK with it, our families are OK with it. That is why I am very supportive," he said.

After hawking on the streets for days, Sylvia has now acquired a stall and has attracted local customers who take the pastries, hot and cold beverages there.

Daddy Owen reveals why he will not date or marry soon