Wanavokali plans to dazzle you with debut album 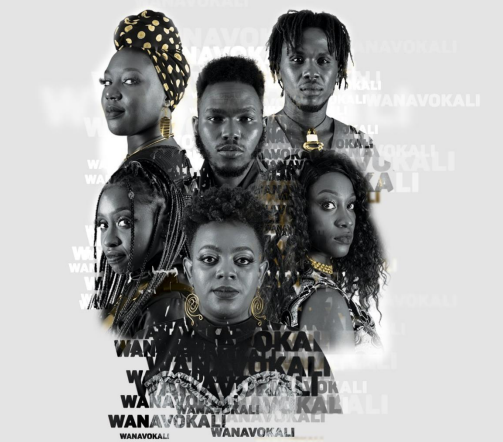 Wanavokali's debut self-titled album will encompass wholly who the band is about.

The album is as diverse in theme and genre as its six members. Throughout their 3-year journey in music and life together, one thing has rung clear for them;

Their diversity and each member's uniqueness is their strength. It is this very thing that they want to portray in their music and in this project.

The group puts their collective voices on 5 of the 11 songs that make up the album's track list.

With genres ranging from Rhumba, Gospel and even GengeTone, the collective is able to express their shared experiences and sentiments on matters to do with love, spirituality, life and its constant ups and downs and the spoils of being young, vibrant and passionate artists in Nairobi.

At the same time, every member of the group gets to share their unique voice, musical style and persona in the album.

Backed by the rest of the members of Wanavokali, each member gets to feature as Lead Vocal on their individual track (6 in total), sharing their independent voices on various facets of the human condition.

Doing this, Wanavokali hopes that Kenyans and its audiences in general, can identify with their narratives and get to see themselves represented in any one of the members.