Piece by: AFP By Amber WANG 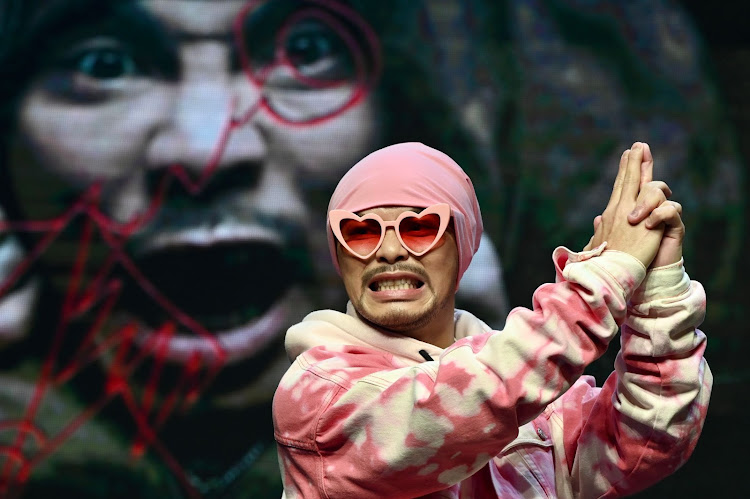 A rapper who penned a viral Mandarin pop song poking fun at Chinese nationalists said Monday he had no regrets about being blacklisted by Beijing as his track hit more than 30 million views on YouTube.

Released last month, 'Fragile' by Malaysian rapper Namewee, featuring Australian singer Kimberley Chen, has become a viral sensation across Asia and beyond despite being scrubbed by censors in mainland China.

The track masquerades as a saccharine love song but is littered with digs towards "little pinks" -- a term for China's online army of nationalist commenters -- as well as Beijing's authoritarian government.

"I never limit myself or impose self-censorship," Namewee told reporters in Taipei as he and Chen sipped champagne to toast their track's 30 million views milestone.

"To me, good creations should come from the heart, they should be sincere," he added.

Mandarin-speaking singers, film stars and celebrities rarely court controversy when it comes to China given Beijing's long track record of punishing those deemed critical of its rule.

A misspoken word can quickly lead to an artist being frozen out of the world's largest Mandarin-speaking market and a career in ruins.

But the willingness of Namewee and Chen to take on taboo subjects has struck a chord as China grows increasingly assertive on the world stage under President Xi Jinping.

"The lyrics are clever because they sound like a love (gone bad) song, but in every line there is a reference to either the fragile 'feelings' of the Chinese government or riffing on Chinese Communist Party rhetoric," DJ Hatfield, a professor of Musicology at National Taiwan University, told AFP.

Over the last four weeks, Fragile has been a top trending YouTube video in Taiwan, Hong Kong, Singapore and Malaysia as well as making smaller waves among Chinese diaspora fans in places like Australia, Canada and the United States.

Within days of the track's release, Namewee and Chen's Chinese social media accounts were taken down and their music censored while state media accused the pair of insulting the country.

In August, the Chinese culture ministry said it would establish a blacklist of banned songs with "illegal content", such as endangering national security.

Namwee and Chen are both currently based in democratic Taiwan and have brushed off their blacklisting.

"When you say I am banned, I don't feel that way," Namewee said Monday. "I feel it's the people who can't listen to this song that are being banned."

The 38-year-old rapper has repeatedly been at the centre of controversy in Muslim-majority Malaysia.

In 2016, he was detained for several days for allegedly insulting Islam over a video partly filmed inside a mosque.

Zervos sued Trump in January 2017, just days before he entered the White House, claiming that he had lied when denying her allegations that he ...
Politics
7 months ago

Dieudonne Niyonsenga is just the latest government critic with a YouTube audience to be jailed in the tightly controlled East African nation, ruled ...
Exclusives
7 months ago