Tanasha exposed for allegedly not paying for body enhancement

• Risper said she then connected Tanasha to a Kenyan cosmetic surgery clinic for a Brazilian Butt Lift (BBL) procedure. 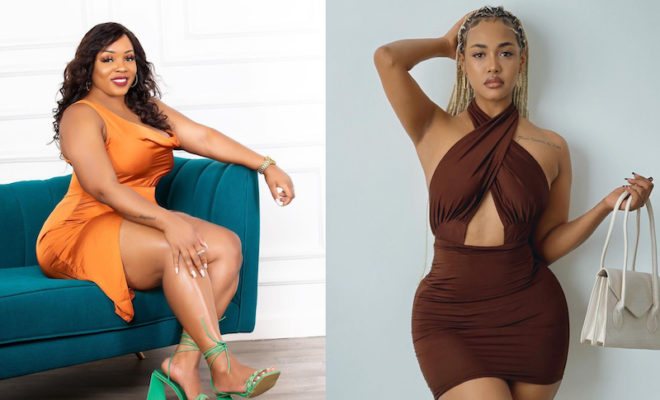 Socialite Risper Faith has called out singer Tanasha Donna for allegedly failing to pay for her cosmetic surgery.

Screenshots shared on Edgar Obare's Instagram page, Risper alleged that Tanasha approached her inquiring about cosmetic surgery and her experience.

Risper said she then connected Tanasha to a Kenyan cosmetic surgery clinic for a Brazilian Butt Lift (BBL) procedure.

In return, the singer had to give the company a shout-out on social media.

"The surgery went well and she got her dream body. Later on, after she was healed, she was supposed to post on her Instagram and say who did it and how it was.

They even hired a team of professional videographers to film everything. Two weeks after surgery she went MIA."

Risper also alleged that Tanasha did not finish her aftercare, which is very risky.

"Having not shared the companies information on her page, she was asked to pay KSh 850k."

The mother of one shared her convo with Tanasha during the time she inquired about her experience with surgery.

In August, Tanasha showed off her new voluptuous figure, which appeared slightly different from her previous self.

This was after Tanasha made it known that she was planning on investing in herself.

Mpasho.co.ke reached out to Tanasha who did not receive our calls.

However, she took to her social media and posted a cryptic message claiming, "Once they realise hating isn't working they start telling lies." 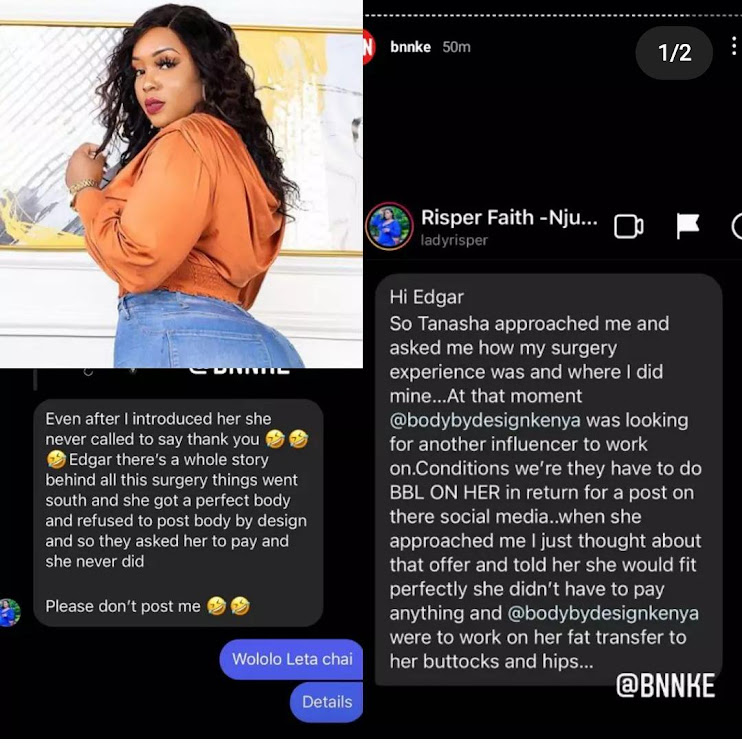 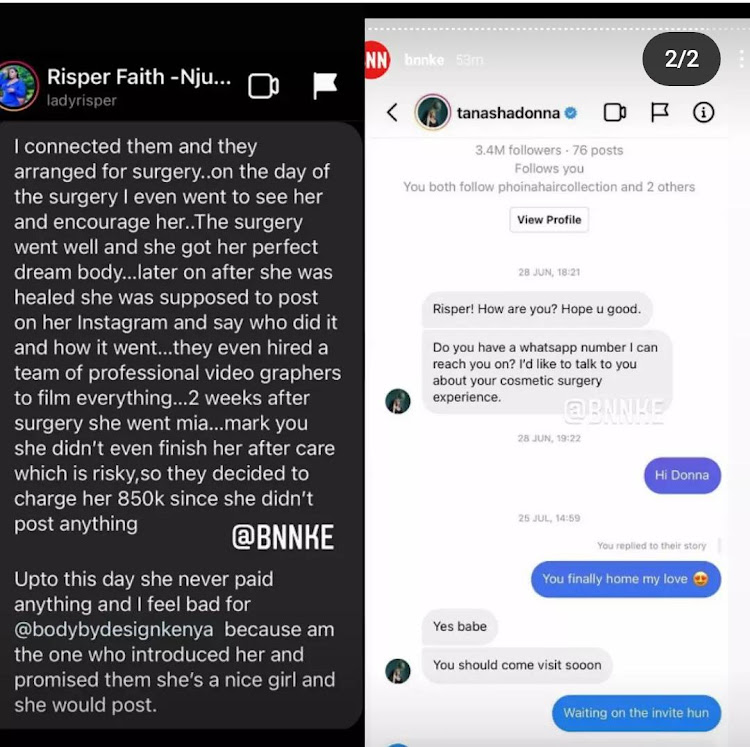