'I can never carry my wife's handbag,' -Jalango 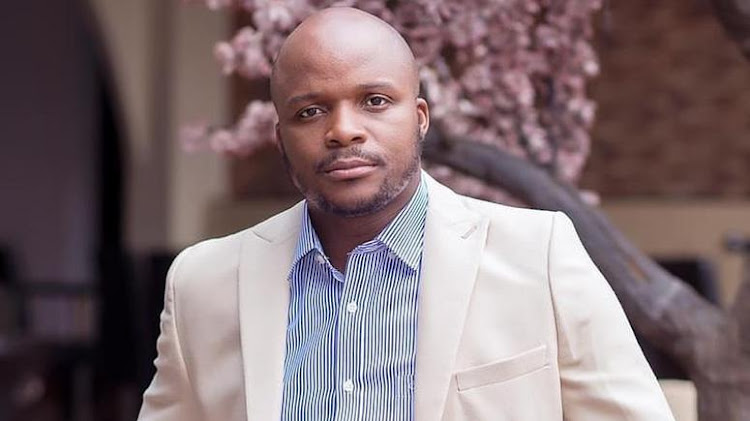 Jalango has said he would never be caught dead carrying his wife's handbag.

Speaking during the Morning Kiss, Jalango says that the only thing a man should carry in his pockets is his wallet.

"Anything that depicts the boychild as struggling is what you say the boychild is winning? There are things a man should never do.

Never carry a woman's bag. You have no business carrying the bag as you cannot use the content inside it.

Kamene asked Jalango what would happen if he went somewhere with his wife and she asked him to carry her bag.

"I will never carry my wife's handbag. I can only pick it and pass it to her.

If she is going somewhere let her carry her bag."

Jalango added that he also hates it when a woman is not able to walk in heels and ends up removing them and giving them to the man to carry.

"Imagine a woman decides to go to an event in heels and she gets tired and ends up removing them.

So you guys are walking to the car and you see a man carrying the shoes. A man should not carry his woman's shoes."

Habits Kenyans shouldn't move with to 2022

If your man cheats it’s not the other woman’s fault it is your man you should be reprimanding.
Entertainment
9 months ago

His reaction was triggered by his co-host Kamene Goro who shared how smitten she was after she caught a fine-looking guy carrying his bae's handbag.

"We were just talking with my friends somewhere in a corner.

Then we saw these three gentlemen come in, I think their babes were in the washroom.

One of the guys was carrying his bae's handbag.

I was very impressed. That is a gentleman who does not want to see me struggle.

Truth be told I do not like a man who carries around a woman's handbag, I find it so demeaning.

So men just stick to your wallet, handbag achia wamama

Kenyan celebrities whose spouses are from neighbouring African countries

When two hearts are meant for each other, no distance is too far. No time is too long and no other love can break them apart.
Entertainment
9 months ago