• It is however unclear as to what sparked the fight between the two love birds; but rumour has it that Uncle Shamte took a loan with her houses. 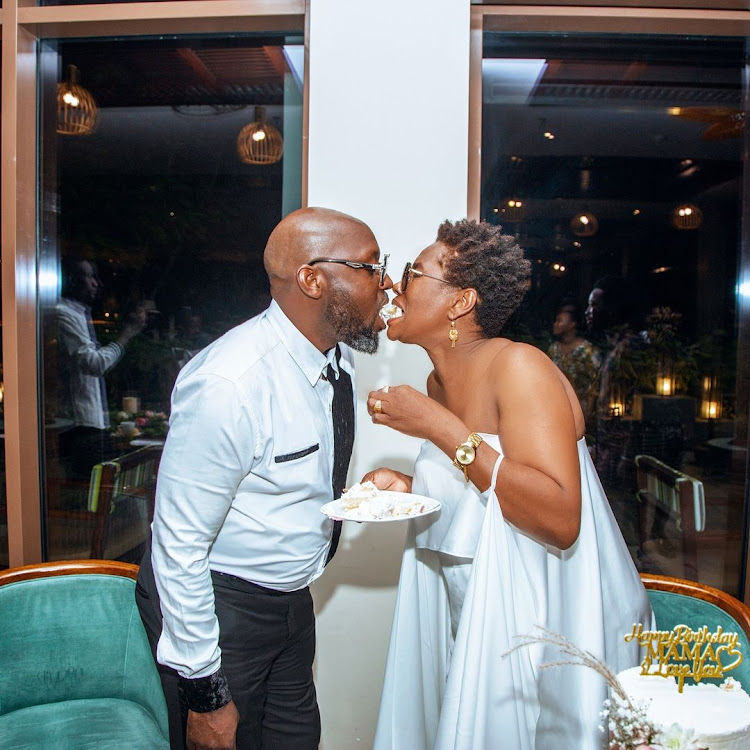 Mama Diamond Platnumz and her young husband Uncle Shamte are now facing some serious relationship issues. According to their social media, Mama Dangote has unfollowed her bae.

It is however unclear as to what sparked the fight between the two love birds; but rumor has it that Uncle Shamte took a loan with her houses.

"Uncle Shamte took a loan with Mama Dangote's property. It got to a point he could not pay the loan and so the company wanted to auction the house. It is rumoured that the case is in court."

Earlier on,  a fan identified as Bill Fiasco had said that Shamte will never leave Mama Dangote because the latter has been pampering him with money and the good life.

”Because you are the one who always bribes that man. Therefore, it will be quite hard for him to leave you. Maybe when you go broke, he will leave.”

In a quick rejoinder, Sandrah said;

”My dear, I do not bribe men. I am not one of those old rich women in town, I am an old naive one from rural areas who love being bribed instead. Women who bribe their men have a problem. Some have even tried to bribe my husband with TSh 600k in vain. I split the money with Shamte,” Sandrah wrote.

Listen to the audio below;