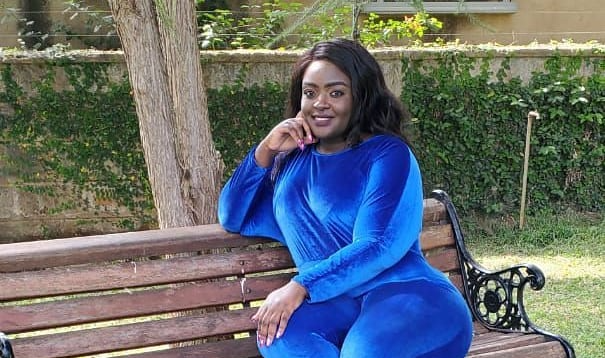 Kenyan socialite Black Cinderella has opened up on how she left a governor for a younger man who later left her pregnant.

Speaking during an interview with Massawe Jappani, she said that she left the governor (whom she refused to mention) because of the age gap.

"I have only dated one Kenyan man, a governor who I cannot mention. He really helped me a lot, he bought me a shamba, spoiled me, He bought me a car although I returned it because it was not under my name.

And because I met my baby daddy. I hurt the governor when I left him for a younger man. We only talked last year."

Mutua who is currently not in the country quoted Max Ehrmann’s poem ‘Desiderata’ to address the drama surrounding his separation with Lilian.
Politics
9 months ago

Cinderella says she met her baby daddy during a church service;

"I am a single mother to a four-year-old. Her dad and I are no longer together. We met each other in church, he used to play the drums. He approached me asking why I was laughing while the sermon was going on.

I told him I am not a believer but the sermon had touched me, from there we became friends. We got into a come-we-stay relationship. I got pregnant after one month. At the time it was what I wanted. I even got saved and we started dating."

When  I told him, he said he had gone to look for money and he never came back. Given he was a saved man I never thought he could run away, he blocked me everywhere we only talked this year."

Cinderella has a four-year-old daughter.