'I warned Eric Omondi about buying that house!" Eddie Butita

• There had been reports on social media that the KSh 72 Million house unveiled by Eric Omondi was a rental. 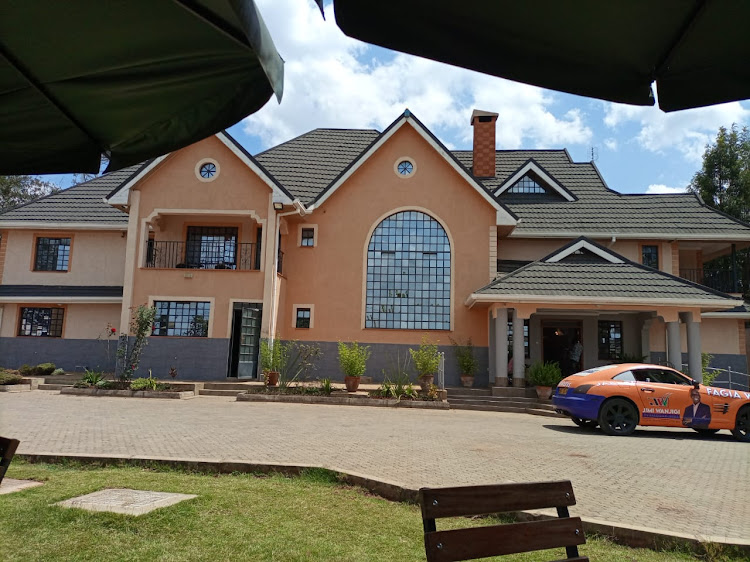 Churchill Show comedian, Eddie Butita, has revealed that he warned fellow comedian Eric Omondi against buying a house in Karen saying it was a waste of money.

Butita says he did not see the need to buy the house just so that the ladies in the 'Wife Material' show would have somewhere to stay.

"I told him to buy a ranch instead of a house in Karen to put ladies in. You cannot buy a house ya kuweka wasichana." Butita said in an interview with Mungai Eve.

In the past, Eric Omondi has dismissed reports that he does not own the Karen mansion. There had been reports on social media that the KSh 72 Million house unveiled by Eric Omondi was a rental.

Explaining on his Instagram, Omondi dismissed the doubting Thomases showing evidence that he owned the house.

"Since when is it a crime to be Mercy Johnson-Okojie's daughter? Before I consider myself a public figure, I am FIRST a WIFE and a MOTHER to my 4 ...
Entertainment
6 months ago

Eric Omondi showed a title deed in his name that was stamped on September 7, 2021.

He called out the rumour mongers for having a mentality that a comedian of his calibre can not afford such an expensive house.

Eric Omondi went ahead to accuse his political opponents of being the source of the propaganda.

"I have worked for 14 years, who doesn't know Eric Omondi. I joined Churchil show in 2008, this is nothing, if you went to America, Kevin Hart owns 5 houses. The American culture believes that hard work pays," Eric Omondi explained.

Eric further added he would officially move into the house in October.

"Thank you guys for this. Yes, the house is a multi-bedroom house and yes it can be used as AirBnB for now. And yes I bought it and own it. I cant rent it out but I can lease it out. I am rarely around anyway. KSh 75,000 per day but this offer only stands until October 19 when I officially move in," Eric wrote.

Do you agree with Butita that eric shouldn't have bought the house in Karen?