• A woman in the company of the twins at Ole Sereni said Janet and Eddie are no longer married. 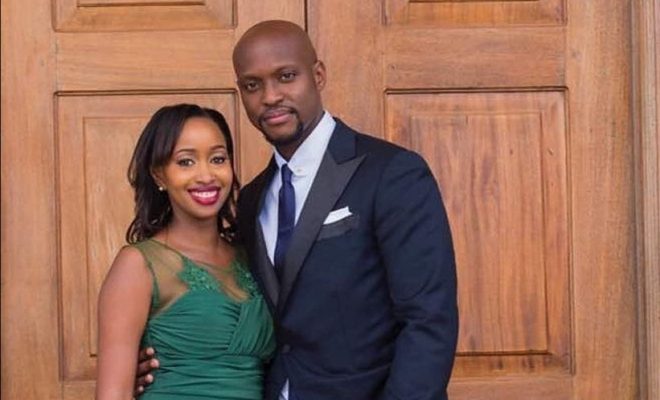 There have been widespread reports that Eddie Ndichu and former TV news anchor Janet Mbugua are no longer married.

Sources close to the couple cited that they parted ways long before the drama between Eddie Ndichu and two ladies(Cheryl and Stephanie Murgor) at the Ole Sereni hotel.

From a witness statement given by the sisters, there is a strong hint that indeed, Janet and Eddie are no longer married.

On the night when Eddie and his twin brother Paul were caught in between a melee at Ole SEreni Hotel, Janet Mbugua's husband was said to be in the company of a woman.

From the witness statement given by Cheryl and Stephanie, a woman in the company of the twins said Janet and Eddie are no longer married.

"At about 2:30 am, one of the so called "Ndichu Twin Brothers" dressed in dark clothing made an improper pass at Stephanie, to which she responded; "Aren't you the husband of Janet Mbugua?". The lady who was with the twin brothers then shouted "Ex-husband!".

A little later, when Stephanie left their table heading towards the exit, one of the twin brothers verbally assaulted her, referring to her as a "bitch"," read a statement from lawyer Philip Murgor.

After the Ndichu brothers made headlines on Monday over the assault accusations, Janet Mbugua wrote a post on social media, protesting Gender Based Violence.

With no mention of Eddie, Janet wrote;

“I am sadden by increasing incidents of Gender-Based Violence. Over the last decade, I have joined my voice to efforts to #EndGBV. I condemn all forms of GBV irrespective of who is involved and will continue to speak out against it. We have laws in Kenya and justice must prevail” read Janet Mbugua’s statement.

One of Ghana's most popular singers, Shatta Wale, has been arrested hours after he said he was on the run over fears of his life.
Lifestyle
9 months ago