Ben Githae boasts of his close relationship with Uhuru

• "There is no time I have ever needed him that he has not been there for me.” - Ben Githae 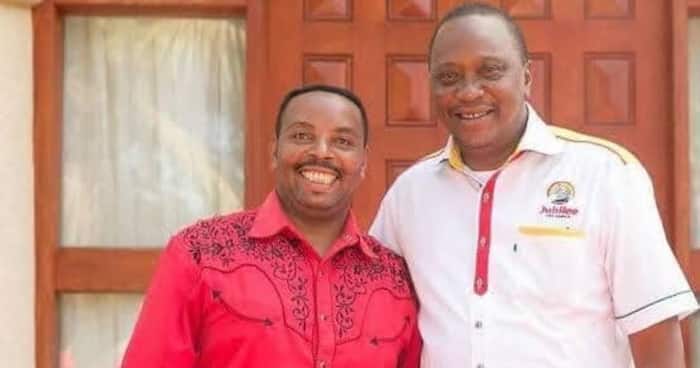 Musician Ben Githae's relationship with President Uhuru Kenyatta did not stop after the release of 'Tano Tena' and 'Wembe ni Uleule' hit songs.

The gospel singer says that his relationship with the president remains strong years after he supported his campaigns.

According to Githae, Uhuru talks to him directly or through his aides.

“It is very hard to call him and it is not even right to think you can call the president on his mobile number anytime. You can text him and he responds. There is no time I have ever needed him that he has not been there for me,” he said.

Githae says Uhuru recently came through for him after he lost his mother.

He added that he will remain President Uhuru's friend and is unbothered with those spreading hateful messages over their relationship.

“The other day, I lost my mother and he called me and also directed me to the person to go and see for his support. That is how tight I am with him,” Githae said.

Ben Githae has been on the chopping board of Kenyans on social media over his 'Tano Tena' song that was Uhuru's campaign song in 2017.

Netizens have been accusing him of supporting an administration that has oppressed them.

Dressed in a white gown, Jakakimba's wife Florence Nyombo made a grand entrance to the garden in a chopper.
Entertainment
1 month ago