Pregnancy and marriage, the final nail on the socialite business in Kenya!

•Most Kenyan socialites who shook the industry have settled down through marriage and becoming mothers. 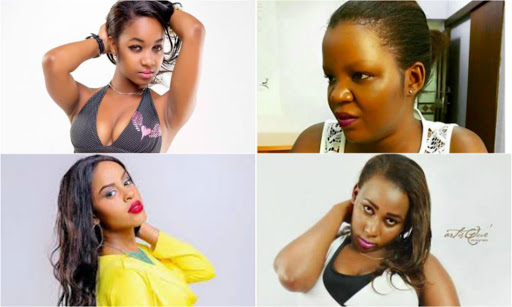 Gone are the days when socialites sorely relied on the trade.

Most Kenyan socialites who shook the industry have settled down through marriage and becoming mothers.

Risper Faith was the first to exit the fold after tying the knot to her husband Brian Njunge in 2018.

Brian who is a dual citizen of Kenyan and the US first approached Risper through Instagram before they started dating.

The couple has a son.

To sustain their lifestyle Brian and Risper run several businesses among them a liquor store and Risper Faith products which range from shea butter, body scrubs and other cosmetics.

After Risper, Corazon Kwamboka decided to settle down with her now-fiancee Frankie Kiarie.

The news became public after she revealed she and Frankie were expectant with their first child.

'I said yes to love,' Corazon Kwamboka on Zanzibar proposal

When asked about proposing to Corazon, Frankie said, "This one is mine. Trust me."
Lifestyle
1 month ago

Many predicted the relationship wouldn't last as Frankie had just broken up with his baby mama Maureen Waititu with whom he has two sons.

The two have proven everyone wrong after announcing that they are expectant with their second child.

Frankie also made things official by proposing to Corazon and we can now confirm they are not doing this for the gram.

Just when netizens were still grasping the news of Kwamboka's engagement and pregnancy Vera also revealed that she is expectant with Brown Mauzo's child.

Before then Vera was known for her frequent travelling outside the country.

Many had hoped she would settle down with Otile Brown but that was not the case.

"On this day, he just got super sick and we couldn’t get to the hospital because of traffic and so Dr. Stanley hopped onto a motorbike and met us on ...
Entertainment
3 days ago

She then went on to date Tanzanian hunk doctor Jimmy Chansa.

Now that Vera is about to be a mother to a girl, will she still go on with her socialite business?

I don't think so, this is because she does not want her daughter to follow in her footsteps.

In a recent Q and A segment, Vera said she will provide her daughter with everything so that sponsors don't trap her.

"Who doesn't want to give their kids a good life anyway? Especially baby girls.

Wacha I do the best I can so that sponsors have no chance to even lure my daughter with money or some random vacation trips.

She'll have travelled and seen it all. These things won't excite her or get her tempted to do things just because she wasn't a life she never had, alaar.

I won't let the mosquitoes judge me for wanting to do my best."

'I am a changed woman, I can get married and have kids,' Socialite Huddah Monroe says

'I am a changed woman, I can get married and have kids,' Socialite Huddah Monroe says
Exclusives
4 months ago

The only socialite who is yet to settle down is Huddah Monroe and her reason is that she grew up in a toxic environment.

She also does not want to bring forth a child if she cannot take care of her needs.

Other Kenyans have tried the socialite business but truth be told they are failing at it miserably.

The truth is that most of them lack class.

Does being a socialite have an age limit? Does being a mother and getting married mean cutting off your social life?

Does the fact that these socialites settle down mean the socialite industry in Kenya is dying?

Although it is nothing to be proud of Vera will always be the boss whenever Kenyan socialites are mentioned.

Below are Kenyans who tried being socialites but failed miserably

Kaluki struggled to connect with Kenyan audiences for a while until she just had to pick up her clothes and trudge on into single motherhood.

She had the longest run of all the lasses here and was successful enough to be on the reality TV show Nairobi Diaries.

Unfortunately, all that went down the drain when she flushed it away after a fight with Pendo on the show.

Kayole's finest as she called herself just vanished. She deleted all her traces on social media and just went underground.

She has two children.

This lass faded into the obscurity of becoming a waitress/ hostess/ bottle heaux.

She used to terrorize young men with pictures of herself enjoying money showers but all that amounted to nought as she failed the socialite's exam: longevity.

Let's wait and see what Vera does next after the birth of her daughter.

5 signs that a celeb's relationship is fake

This morning in our morning meeting, I and my colleagues spoke about the desperate lengths a celeb will go to keep their name in the news.
Entertainment
2 weeks ago