• The Kiss FM presenter has hailed the man for trying to be stylish and promised to get him the real suit. 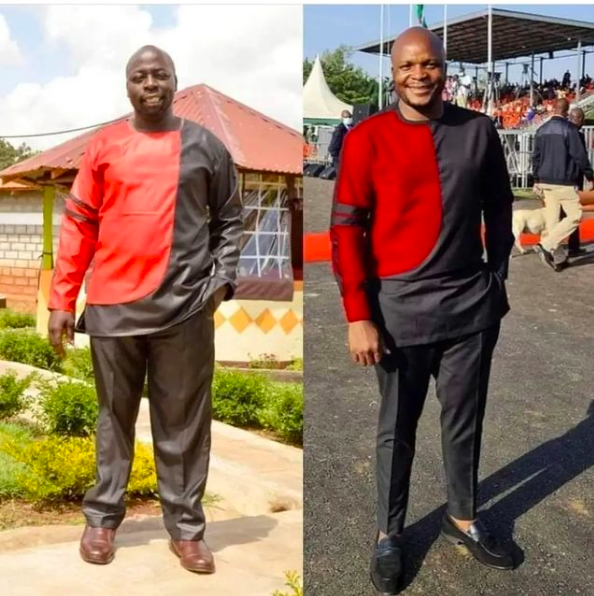 A Kenyan man has been a target of ridicule after wearing a suit that resembles that of Kiss FM's  Jalango.

From the photos, shared online, it is clear that the man gave his tailor an assignment to make him a suit like that of Jalang'o, but the tailor executed it wrongly.

The case of what was ordered VS what was delivered has attracted the attention of Jalang'o.

The Kiss FM presenter has hailed the man for trying to be stylish and promised to get him the suit.

Only that Jalang'o will be getting the real tailor to make it, and not just anyone masquerading as a fashion designer.

"He tried yes? ....I now want him to get the real stuff ama? @lirudesigns tufanye ile kitu?Someone send me his number," Jalang'o posted on his social media.

According to netizens who know the man in person, he is called MC Kiplagat aka Vuvuzela hails from Eldama Ravine.

Liru designs reached out to Kiplagat to make him the two suits.

This suit design was won by Jalang'o when he hosted this year's Madaraka day held in Kisumu.

The same design has been adopted by other notable people including comedian Mulamwah and Deputy President William Ruto.

Tanasha said this at Alikiba's listening party
Entertainment
3 days ago