• "When I was working at BBC I had a scheduled interview with Njugush, when I was a no show, Njugush was given my position." - JB Masanduku 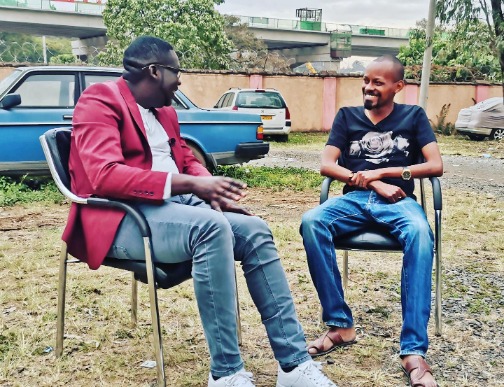 JB Masanduku has for the first time shared how he lost a job opportunity at BBC to fellow comedian Njugush.

"I lost my job at BBC. There is no way you can run a family or career when you are in that space (drunk). When I was working at BBC I had a scheduled interview with Njugush

When I was on no show, Njugush was given my position. By the time I was coming back to say sorry Njugush was already signing the contract.

I also divorced my wife."

When I got to Uganda I exchanged 100K and I was given another million. By the time I was coming back 11 days later I only had 12 bob." -JB Msanduku
Entertainment
3 days ago

Kenyan comedian Blessed Njugush had in an interview shared how a random meeting with a a renowned comedian landed him a role as a BBC presenter.

According to Njugush, he had gone to the theatre where they were producing a show which sadly never aired.

Speaking during an interview with Power House, the father of one shared.

‘I had gone back to the theatre and we were producing a show but it never aired. At some point, we were threatened that if it aired we were not to act on another show by the same group.

That is when I bumped into this prominent Kenyan comedian, I won’t mention his name.

He commended me for the good job I was doing, and we went our separate ways, that was in February.

In March, I received a call from the same comedian telling me he had landed a gig with BBC and wanted people to host it.

He wanted people who would lighten up the mood of the show as it was a governance show.

He wanted me to be his first guest.

My girlfriend at the time (Cele) provided my fare. The show was to run on a Thursday and by then I did not have his (comedian) contacts."

The 42-year-old accused the government of monetising the 1994 genocide and said the remains of the victims should not be on display at memorials.
Politics
2 weeks ago

Unknown to Njugush, the comedian  (JB Masanduku) was going through personal issues and hence he was also not picking up calls from the BBC crew.

‘His mobile phone was off.

I went to the show and met Shix Kapienga and someone else and the BBC crew was so pissed thinking I knew where he was. I presented and then they asked me if I would be available on a different date. I did not even have the fare.

When I went for the second time I found some people among them a very friendly lady. The show was supposed to have a government person and an artist. I had written my CV and a proposal on how I would run my radio show If I ever got one."

Adding, "I was told to sit in for a comedian who was absent at the time. Luckily for me, I had studied mass media, I am a comedian and I love current affairs.

After that show, the lady asked me if I had ever been on the radio, and how busy I was. She offered me the job. I was told I would be working on Monday to brainstorm and Thursday to shoot the show. I did the show for 1 year."

Sandra Dacha said, "Got there... saw him. Still fresh and warm...didn't know whether to weep, cry, wail...Didn't want them to take him to the morgue ...
Entertainment
3 days ago