'I feel like this is the end...' King Kaka pours his heart out 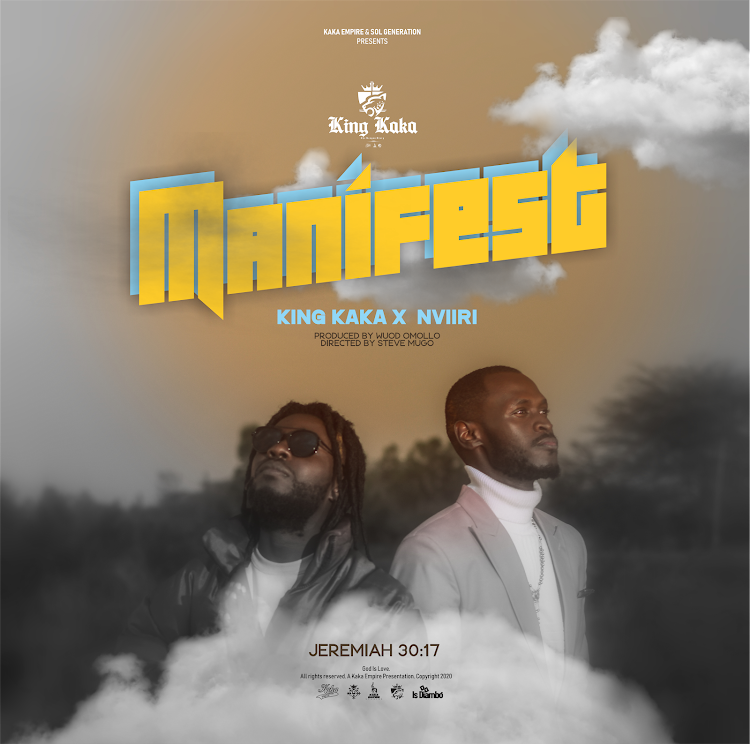 King Kaka has released the song 'Manifest' featuring Nviiri The Storyteller. The rapper is becoming personal after releasing the emotive song that shows a side that many have never seen before.

The thoughtfully written song gives listeners an insight into how King Kaka was feeling during his challenging illness. He recently opened up to his fans about being sick for three months following a misdiagnosis.

This led to adverse body reactions leaving him fighting for his life. Now on the road to recovery, King is showing the world the thoughts that were in his mind during his ordeal.

‘Manifest’ is a mid-tempo song where Nviiri plays to his signature vocal strengths delivering the perfect poignant chorus for the song.

The singer is complemented by King Kaka who delivers thought provoking and poetic bars that take you right into his frame of mind while writing the song.

The track is produced by Wuod Omollo while the video is directed by Steve Mugo. The visuals also feature raw clips that were taken by King Kaka’s wife Nana Owiti during his numerous hospital visits.